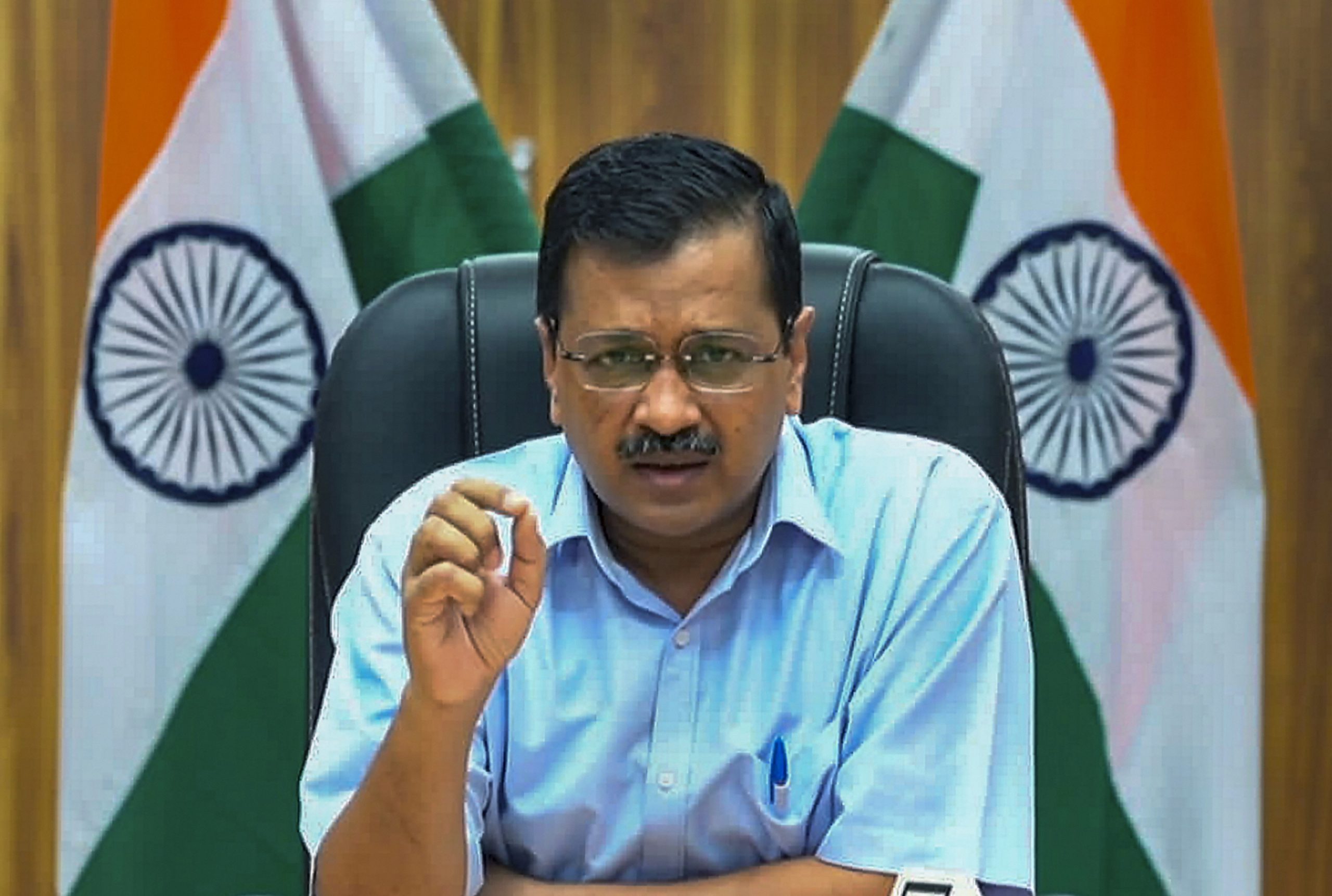 New Delhi: The BJP claimed Tuesday that a person close to Delhi Chief Minister Arvind Kejriwal was awarded liquor contract under his government’s now-withdrawn liquor policy.        During a press conference, BJP spokesperson Gaurav Bhatia showed a picture of one Karamjeet Singh Lamba with Arvind Kejriwal and AAP MLA Saurabh Bhardwaj. He said Lamba was not only a partner in Universal Distributors that was awarded liquor contract but he also contested local body polls on AAP ticket.

“Arvind Kejriwal gave a liquor contract to Aam Aadmi Party’s candidate Karamjeet Singh Lamba ignoring all the rules,” Bhatia said. He added that there was no transparency and only motive was ‘corruption’.

Kejriwal should explain why his government distributed ‘revdi’ (freebies) of corruption to people close to him and his party, Bhatia asked. “Delhi government flouted rules and did not maintain transparency in awarding the liquor contracts,” Bhatia alleged.

There was no immediate reaction from Lamba.

The ruling AAP in Delhi has asserted that the allegations of corruption in framing the excise policy, now being probed by the CBI, was the BJP’s political vendetta as it was ‘rattled’ by Kejriwal and his party’s political rise.

Universal Distributors, Bhatia added, was also one of the major beneficiaries of the AAP government’s decision to allegedly withdraw Rs 144 crore due to liquor traders. Its share was Rs 66 crore, he said.

The BJP will continue to expose Kejriwal’s corruption, Bhatia said, and labelled the chief minister as ‘kattar beimaan’.