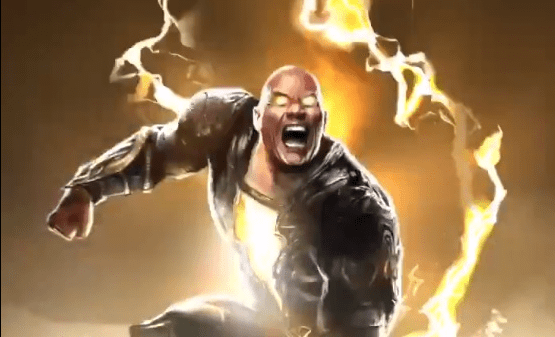 “Just kill them,” says Dwayne Johnson’s title character says at one point in Black Adam, according to his co-star Mo Amer. The comedian said he was taken aback by the departure from the honorable tough-guy persona Johnson has crafted through so many other films.

“It just took me a second to recalibrate and be like, ‘Oh wow, this is going to be amazing,’ ” Amer told Collider recently. “He just completely — he obviously has a body of work, but you don’t see The Rock. You see Black Adam, truly.”

That darker, more ruthless tone for the character and the film was the goal, according to the producers, but it created some rough patches with the MPA.

Producer Beau Flynn told Collider it took “four rounds [with the MPA], and [the movie] just got the PG-13, I think, maybe four or five weeks ago.”

While an R rating is not the kiss of death for a comic book franchise that it was once thought to be — Deadpool and Logan have proved that — eliminating most teens from the theater would seem to betray the massive revenue opportunity that is Johnson as (arguably) the most powerful hero in the D.C. universe.

But the commitment to a darker tone was crucial to do justice to the franchise’s roots, said producer Hiram Garcia.

“We really wanted to make sure that we honored the character of Black Adam,” Garcia said. “One of the things he’s known for is his aggression and violence, and to do a Black Adam movie that didn’t have that just wouldn’t have been authentic. So we always went into this knowing that we were going to push it as far as we did. We knew it was going to be a collaborative process with the [MPA] to finally get it to where we were able, to get that rating, but we were able to pull it off. But it was really important for us to do that. And that’s something Dwayne was very committed to as well.”

And unlike Superman, who is honor-bound to save as many lives as possible, with Black Adam there’s a body count.

“Black Adam does kill openly a lot of bad guys. I think it’s important to know he’s killing bad guys, for the sake of the people that he’s protecting and for his moral compass,” says Aldis Hodge who plays Hawkman. “But along with that, it really is a backdrop to the real conversation that we’re having in terms of what is good and evil? What is right and wrong? And to what extent do you go, to what lengths do you reach to accomplish what you believe is actual justice?”

And Black Adam’s brand of justice raised some eyebrows at the MPA.

“We did have to make a lot of edits, actually,” admitted Flynn. “There are some personal moments that we really love, but we had to let them go. But we never compromised, we never had to cut a scene. We had some really cool moments, and if you notice, there are some great moments when Black Adam is in the fly bike chase sequence and drops one of the intergang soldiers. Then there’s this great moment where the truck bounces over the body. But…you can’t play it safe, and you have to go for it. And I think we have four or five of those. At one point we had about ten, and we were able to find some compromise with the [MPA] on that.”

While the film did finally get its PG-13, those rawer moments may not be lost forever.

“There are going to be some features for when we release on home video and streaming,” noted Flynn.