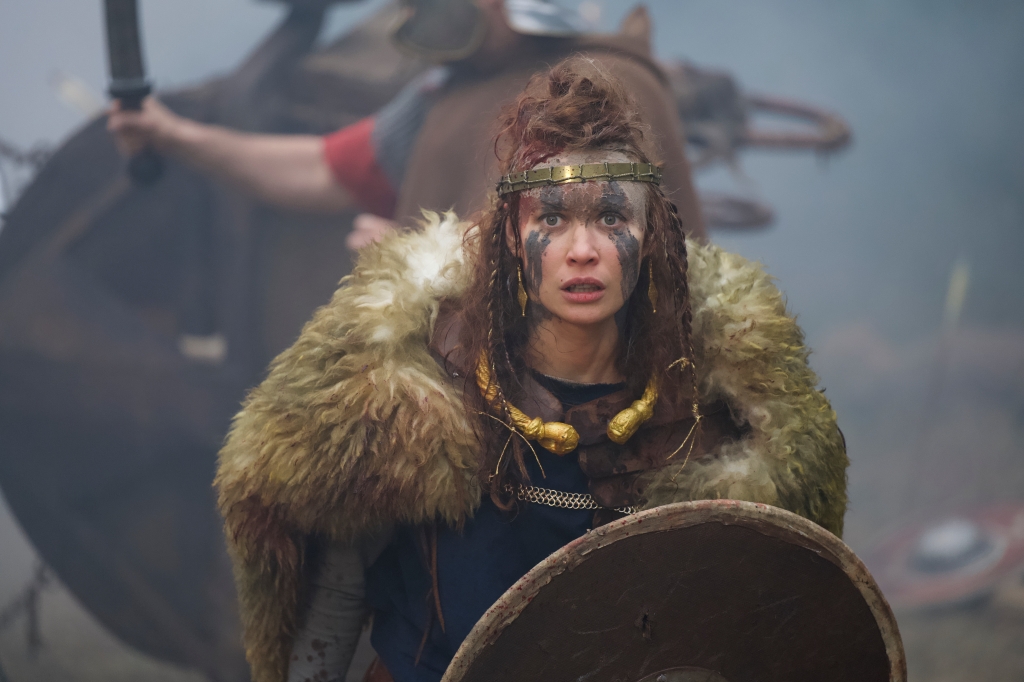 EXCLUSIVE: Olga Kurylenko-starrer (Black Widow) Boudica has wrapped shoot in the UK for Bleiberg Entertainment, which has today revealed an official first look image from the movie.

Bleiberg / Dimbort will share first footage of the title at their office during AFM next month.

Inspired by true events in A.D. 60, Boudica follows the eponymous Celtic Queen who rules the Iceni people alongside her husband Prasutagus. When he is betrayed and killed by Rome, Boudica’s kingdom is left without a male heir and the Romans seize her land and property. Driven to the edge of madness and determined to avenge her husband’s death, Boudica rallies the various tribes from the region and wages an epic war against the mighty Roman Empire.

Kurylenko is best known for Quantum Of Solace, Oblivion and for playing Antonia/Taskmaster in Black Widow.

Previous articleA 26-Year-Old Just Became Climate Minister In This Country
Next articleUrfi Javed slams Jaya Bachchan for telling a pap ‘I hope you double and fall’; says, ‘Please let’s not be like her’
LocalTak™Sabse Tez