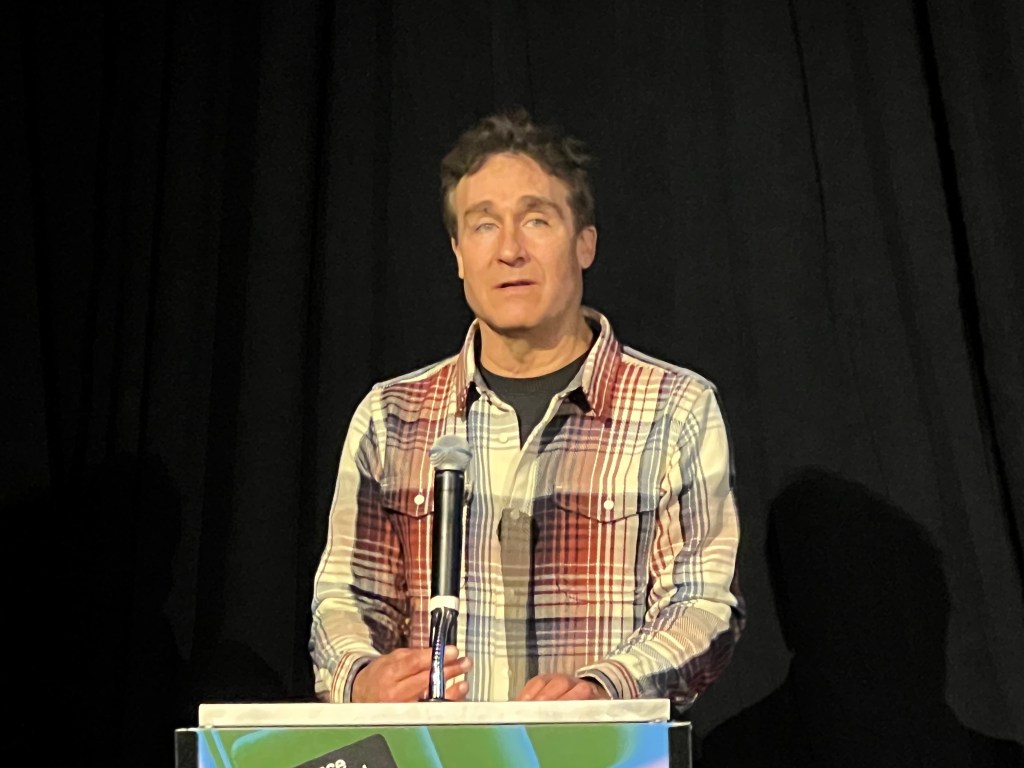 Director Doug Liman says his self-funded Brett Kavanaugh documentary Justice, which premiered at Sundance Friday night, might be far from finished as new tips started pouring within a half hour of the highly-secretive project being announced on Thursday.

“I thought the film was done… I thought I was off the hook. I’m in Sundance, I thought, I can sell the movie,” Liman said ruefully at a Q&A following the world premiere of his first documentary, which re-examines sexual assault accusations against Supreme Court Justice Brett Kavanaugh raised during his confirmation hearings in 2018. The film follows up tips the FBI apparently ignored in an investigation launched after Dr. Christine Blasey Ford accused Kavanaugh of assaulting her during a party in 1982 when they were both high school students in Maryland.

Justice gives extensive attention to allegations from another woman, Deborah Ramirez, who also came forward in the midst of the hearings to say that a drunken Kavanaugh, then a freshman at Yale University, had exposed himself to her at a gathering of several young people on campus.

CAA is handling sales for what has immediately become the hottest acquisition title at the first in-person Sundance since 2020. Justice premiered in an overflowing theater to enthusiastic response. The documentary had been kept under close wraps and was only announced as part of the lineup at the opening news conference a day earlier.

Perhaps the most explosive revelation in the film is the FBI’s failure to follow up on a tip from Max Stier, a fellow Yale student during the time Ramirez and Kavanaugh attended the school, who said he was told about a similar alleged incident involving Kavanaugh exposing himself to another female student. The film includes a taped recorded statement from Stier, one of 4,500 tips to an FBI tip line that was set up after Ramirez and Blasey Ford came forward.

Liman said the filmmakers haven’t received any blowback yet, but that he did feel the filmmakers and those interviewed in the film were at risk of retaliation while Justice was being made, thus the need for extreme secrecy which extended to asking everyone involved in the film to sign NDAs.

“The machinery that’s put into place against anyone that speaks up… we knew that machinery would be turned on us,” Liman said. “The film wouldn’t have been shown at Sundance, there would have been injunction” had word of it leaked in advance.

Producer Amy Herdy, also at the Q&A, has investigated other prominent figures accused of sexual misconduct including Woody Allen in the 2021 documentary series Allen v. Farrow, and music industry mogul Russell Simmons in the 2020 doc On the Record. Oscar-winner Dan Cogan and Oscar-nominated filmmaker Liz Garbus executive produced the film, along with Liman. Cogan and Garbus’ production company Story Syndicate produced the film.

Herdy said she hopes the film “triggers outrage, and an investigation with subpoena powers.”

Blasey Ford appears briefly in the opening few minutes of the film. Excerpts from her dramatic testimony before the Senate Judiciary Committee serve to tell her story. Liman said he did not include a new on camera interview with Blasey Ford because “she did her part. She more than did her part for this country. She’s done enough for 10 lifetimes.”

It was at the Sundance opening day news conference that the festival’s programming chief revealed the existence of the film and that it would premiere Friday night.

“It shouldn’t be this hard to have an open and honest conversation about whether or not a Justice on the Supreme Court assaulted numerous women as a young man,” Liman said in a statement released after the festival’s news conference. “Thanks to this fantastic investigative team and the brave souls who trusted us with their stories, Justice picks up where the FBI investigation into Brett Kavanaugh fell woefully short. The film examines our judicial process and the institutions behind it, highlighting bureaucratic missteps and political powergrabs that continue to have an outsized impact on our nation today.”

President Trump nominated Kavanaugh in July 2018 to succeed retiring Justice Anthony Kennedy. The Senate Judiciary Committee conducted Kavanaugh’s initial confirmation hearings from September 4-7. On September 16 the Washington Post published a bombshell report that Blasey Ford had accused Kavanaugh of sexually assaulting her in 1982 when they were both teenagers in Bethesda, Maryland.

In an excerpt of testimony from FBI director Christopher Wray that is seen in the film, the G-man admits that tips that came in about Kavanaugh were shared with the Trump White House. The film ends with Vice President Mike Pence announcing the 50-48 Senate vote that confirmed Kavanaugh’s lifetime appointment to the Supreme Court.

Among Kavanaugh’s most consequential decisions since joining the court has been his vote last year to overturn Roe v. Wade, the 1973 Supreme Court decision that legalized abortion. He was joined in the 6-3 decision by fellow conservatives, including Amy Coney Barrett who was confirmed to the court in 2020.