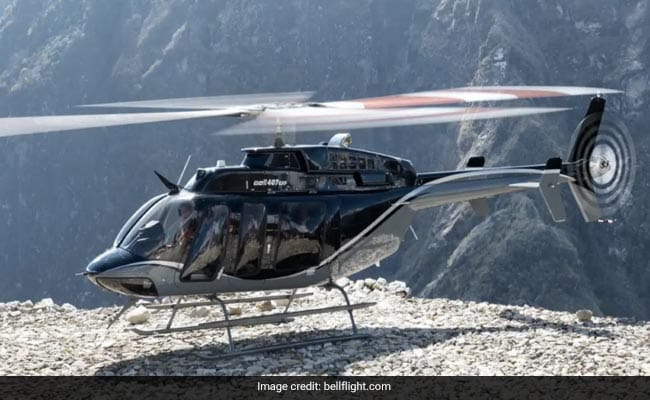 The man was struck by the rotor blade of Bell 407 helicopter. (Representative Photo)

A 21-year-old British tourist has been killed in Greece after being struck by helicopter blades, a report in UK-based Metro said. The man, who has not been identified, was killed in the horrific incident after exiting the aircraft at a private airport with three other tourists while on a holiday. The incident took place at 6.20pm on July 25, the outlet said and the police were immediately rushed to the spot. But the man sustained grievous injuries and died on the spot, Metro said in its report.

The young tourist walked behind the Bell 407 helicopter while its engine was still engaged and didn’t know that the propeller was still spinning. He was stuck by the chopper’s tail rotor, said Independent.

The man’s parents were also headed to the same spot after a flight from Mykonos. However, the pilot of Bell 407 radioed to their helicopter informing them about the incident, the outlet further said.

The pilot of the second helicopter then turned towards Athens International Airport to prevent the man’s parents witnessing the scene of the accident.

An investigation has been launched and the pilot of the helicopter which killed the tourist and two ground technicians have been arrested, Independent said.

Local media report said that the tourists had returned from Mykonos and planned to travel to Athens International Airport, to fly back to Britain.

“We are talking about a tragedy – an unprecedented tragedy – a tragedy that should never have happened,” a police officer was quoted as saying by Metro.

The police are investigating how the passengers were allowed to get off the first helicopter when the rotor blades of Bell 407 were still in motion.

Previous articleNeeraj Chopra Drops Out Of Commonwealth Games Due To Injury, Just 2 Days Before Event
Next articleSL vs Pak 2nd Test: Ramesh Mendis Bags Fifer As Pakistan Bowled Out For 231
LocalTakSabse Tez