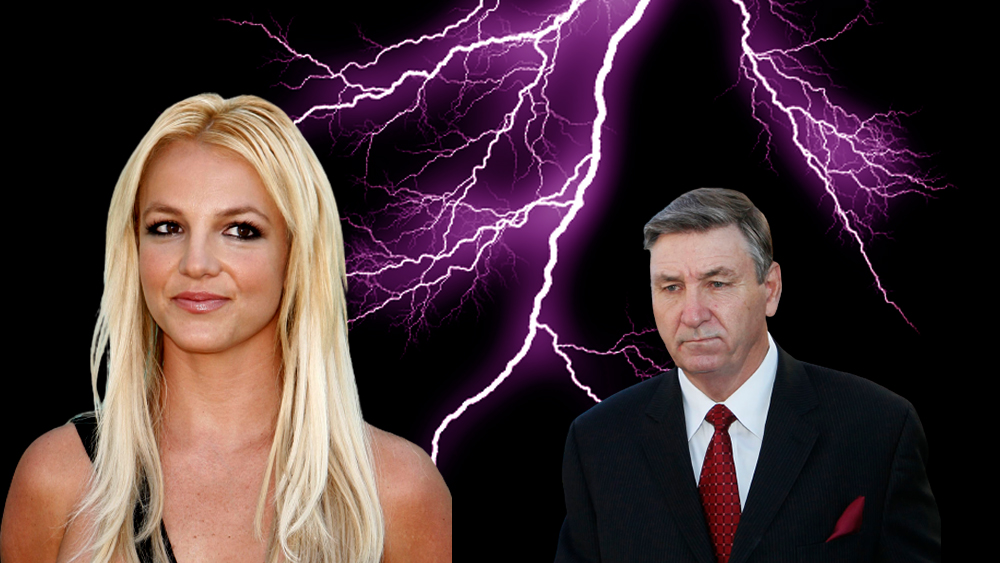 (UPDATED WITH MORE FROM HEARING) The harsh and much criticized conservatorship that has dominated Britney Spears’ life for more than a decade isn’t over, but the onetime Princess of Pop is now free of her father’s direct control, a California judge ruled Wednesday.

In a packed hearing in Los Angeles Superior Court this afternoon, Judge Brenda Penny agreed with the passionate request of the younger Spears and her personally picked legal team that it was time for Jamie Spears to be suspended from his perch overseeing her nearly $60 million fortune and career.

“The current situation is not tenable,” Judge Penny said regarding the “toxic environment” of the relationship between the pop singer and her estranged father. Unlike previous court hearings this past summer on the conservatorship, Britney Spears herself was not present, in person or via the phone, Jamie Spears and his ex-wife Lynn both participated today via phone.

A CPA has been appointed as a temporary co-conservator until at least December 31. However, it is expected that the termination process will go into full effect after the next hearing set for November 12.

“Absolutely, there should and must be termination,” Rosengart told the court, stealing much of Jamie Spears and his lawyers’ thunder. “My client wants, my client needs an orderly transition,” the attorney added

Heading towards that November hearing, Jamie Spears, under his fiduciary duties, is expected to hand off all files relating to the conservatorship team in a timely matter. That team, it should be noted, includes the newly minted co-conservator, but also the business manager that the elder Spears handpicked to handle his daughter’s affairs.

Today’s anticipated hearing comes after a summer of virtual court appearances by the 39-year-old singer and on the heels of weeks of fiery filings filled with invectives and accusations from multiple parties. The long-scheduled hearing Wednesday also follows a trio of timely documentaries putting the ultimately court-controlled conservatorship under magnifying glasses of varying poignancy.

In a potential crafty move, as his own behavior and role over the past 13 years has come under a harsh spotlight, the elder Spears moved on September 7 to terminate the conservatorship altogether. The dramatic reversal on the part of Jamie Spears would have allowed the estranged patriarch to sidestep further probes into his conduct over the decades in regards to Britney’s cash and her agency.

A termination could have also seen Penny ordering that the younger Spears undergo a medical and/or psychological examination to determine her competency. Whether Britney Spears can take care of herself and her affairs has always been a point of contention since the conservatorship was slapped on her in 2008 after a series of highly charged public situations.

Clearly not happy at all, Jamie Spears’ primary attorney Vivian Thoreen adopted an almost scorched Earth approach as it became obvious the proceedings were not going in her client’s favor.

Early on the Holland & Knight LLP lawyer formally disputing the growing scandal of extensive spying on Britney Spears by security teams authorized by her father, as reported by the New York Times late last week in print and on video. Later, Thoreen suggested the courtroom be sealed so a discussion could be had about the singer’s medical issues and care. That didn’t didn’t fly far with Judge Penny and fizzled fast.

After the suspension order was granted, Thoreen demanded to know if Britney Spears was to be interviewed over the next 48 hours over the changes in the conservatorship, as stipulated by the statute. A patient, but not too patient, Judge Penny had to correct Thoreen’s understanding of the letter of the law. The LASC judge explained such a sit-down with a conservatee is only necessary when a permanent conservator is being appointed, not at temporary one as in this case.

After already pushing this past week for Jamie Spears’ immediate suspension and insinuating that a “serious investigation” and more charges may come from claims in the FX and Hulu film Controlling Britney Spears that the performer’s father and security team monitored her every move and word (including in her own bedroom), Rosengart, who was hired in July, stepped it up a notch yesterday in an already high-pitched affair.

“Mr. Spears’s desperation to avoid suspension is self-evident and self-serving,” said the Greenberg Traurig lawyer in an objection document placed in the LASC docket after Jamie Spears threw up the legal equivalent of dust over his own fate. “He wants to escape justice and accountability (but will not) and he will evidently do or say anything to avoid it,” added Rosengart’s filing (read it here). “He knows that when he is suspended he must turn over the conservatorship files, including purported attorney-client privileged documents (communications with his lawyers), to the new temporary conservator.”

“There is no need for a temporary conservator because there is no vacancy in the position of conservator,” the elder Spears’ attorneys declared in their own filing. “Mr. Spears continues to serve faithfully as Conservator of the Estate, as he has done for the past thirteen years. Mr. Spears has not and should not be suspended, especially since the Conservatorship should soon be terminated.”

Adding more last-minute drama before this afternoon’s hearing, Britney Spears’ other co-conservator, Jodi Montgomery, who has handled the singer’s personal and medical affairs since 2019, pulled her $50,000-a-month request for 24/7 security as public scrutiny of the conservatorship has increased in recent months.

After battling with Jamie Spears since early July over approval of the pricey bill from Black Box Security, Montgomery filed a notice of withdrawal (read it here) this morning, saying the additional protection is “no longer needed at this time.”

Of course, the fact that Black Box and its leadership team are being accused of participating in the invasive surveillance of Britney Spears on behalf of her father probably wasn’t a good look for Montgomery anymore.

Amid Rosengart’s call for a new hearing on the matter, federal officials are reportedly looking into an investigation of the allegations in the New York Times-produced Controlling Britney Spears documentary that came out Friday as a follow-up to the Emmy-nominated Framing Britney Spears.