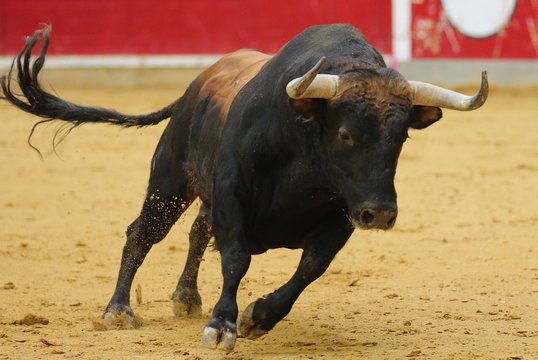 Amethi: A 59-year-old man died after being attacked by a bull in the Mohanganj police station area here Monday, police said. Deputy Superintendent of Police (DSP) Ajay Kumar Singh said the deceased has been identified as Ramkrishna Yadav. He was attacked in his farmland after he had gone there to chase away the bovine. Three other persons, who had rushed to save Yadav were also injured.

Amrish Yadav, the son of the deceased, said his father was a fourth-class employee at the secretariat in Lucknow. He had come to his ancestral house here November 5.

“As a result of attack, my father was severely injured in the stomach. He also received injuries on his head. He was bleeding from nose and ears. He was taken to a community health centre in Tiloi, from where doctors referred him to Raebareli for treatment,” Amrish said.  “However, he succumbed to his injuries on the way to Raebareli,” Amrish added.

The body of the deceased has been sent for post-mortem, police said. According to the police, the incident took place at around 7.00am.

Former village pradhan of Gobre village (where the incident took place) Shiv Sagar Yadav said the bull was unwell for the past few days and had attacked some people some days ago as well.

Elaborating on the accident, he said when the bull attacked Yadav, he tried to take shelter behind a tree. However, the bull gored Yadav as a result of which he bled profusely.