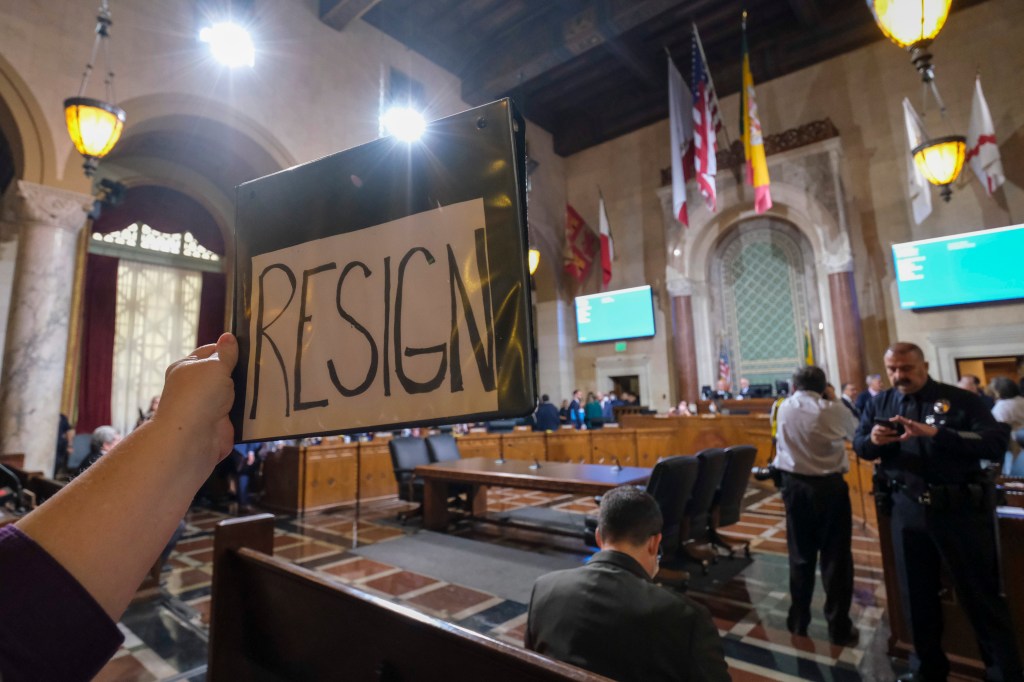 The California IATSE Council, saying it is “appalled” by the racist comments made during a secretly recorded conversation last year among three members of the Los Angeles City Council and a local labor leader, called for all those involved to resign.

In a statement Tuesday, the California IATSE Council said it “cannot, and will not tolerate racism in any form. What took place at the October 2021 meeting flies in the face of everything that we stand for. The core value of the labor movement is equality and justice for all without regard for the color of your skin, the language you speak or whom you choose to love. We represent all our IATSE members with that commitment first and foremost. The CIC is appalled by the behavior and racist comments expressed at that meeting. We join with many others in calling for the immediate resignations of all Los Angeles City Council members who were involved.”

Demonstrating that it means business, IATSE recently expelled one of its own – a member of IATSE Local 479 in Atlanta – for making similarly racist statements. According to the latest report of IATSE’s general executive board, the now-former member was expelled after having been found guilty at trial “of using racist, incendiary, sexist, harassing and discriminatory comments and of describing black women by using a pejorative term.” He was expelled from the union and fined $10,000.

According to the report, IATSE president Matthew Loeb “stated unequivocally that harassment, racism, sexism, bullying and discrimination in any form will not be tolerated, encouraged, overlooked, ignored, or accepted by the IATSE or any of its affiliated local unions. Those in attendance demonstrated their support with a sustained standing ovation.”

Martinez stepped down as president on Monday but remains a member of the City Council. Earlier today, she announced she’s taking a leave of absence.

Calls are also mounting for two other City Council members who took part in the conversation – Gil Cedillo and Kevin De Leon – to resign. Ron Herrera, the president of the Los Angeles County Federation, also was a participant in the conversation, which reportedly took place in his offices. He didn’t make any racist remarks but didn’t confront or condemn Martinez’ comments either and can be heard laughing along with the others. He resigned his post today.

On Monday, SAG-AFTRA called for all involved to resign, and Hollywood’s Teamsters Local 399 called for Herrera to resign, saying that it he didn’t, the local would pull out of the federation.