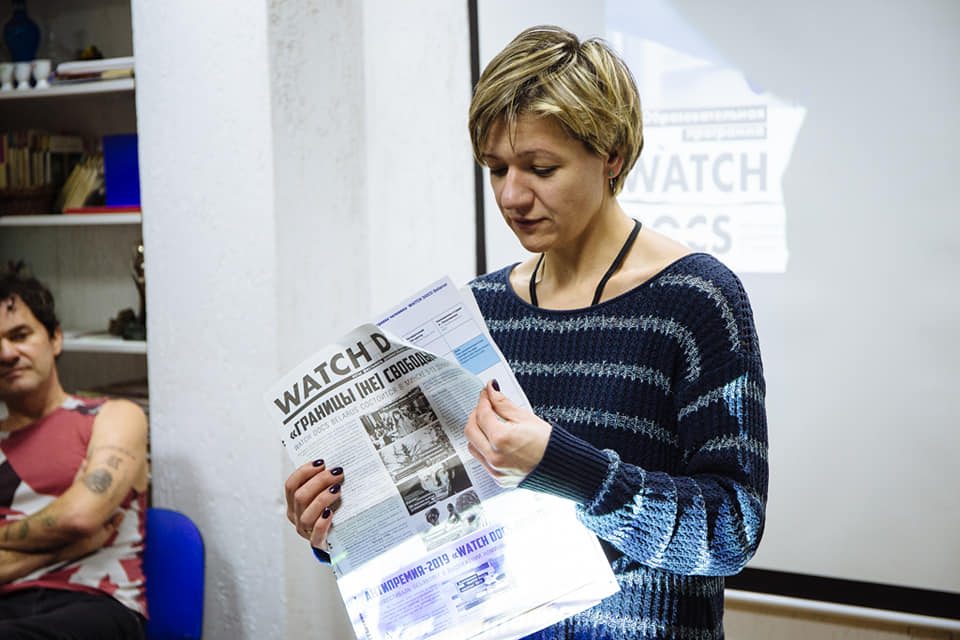 A collective of human rights organizations, film festivals and industry have called for the release of Tatsiana (Tanya) Hatsura-Yavorska, the director of the Watch Docs Festival in Belarus, who was arrested on April 5 for her role in organizing an underground photo exhibition celebrating health workers.

The Human Rights Film Network and the International Coalition for Filmmakers at Risk have put out a joint open letter calling on authorities to release Hatsura-Yavorska, who is regarded as a political prisoner, as well as others who have been incarcerated in the country. The letter has been signed by a broad selection of film festivals and organizations including Sundance and Berlin.

“We urge the Belarusian authorities to immediately and unconditionally release our colleague Tatsiana Hatsura-Yavorska and other human rights defenders, and to end acts of judicial harassment against them,” the letter reads. You can see it in full here.

Director Justin Lin On Questions Answered By ‘F9’, Future Of The ‘Fast & Furious’ Franchise Beyond The Big Screen & Universal’s Commitment To The Theatrical Experience

Following the event that she jointly oragnized, which was titled Machine Is Breathing, and I Am Not and was dedicated to the country’s medics and their battle during the pandemic, Hatsura-Yavorska was initially fined 700 Belarusian rubles for “protesting against police” and placed in a detention facility. She has not been released and is now facing trial on charges of ‘raising money for protests’, with her court hearing set to take place tomorrow (April 15), according to those close to her. It is thought she could face several years in prison.

Maciej Nowicki, Director of Poland’s Watch Docs Film Festival, told Deadline that “it is still unclear on what grounds” Hatsura-Yavorska is being prosecuted.

“Numerous reports by the UN, other international organizations and NGOs, unfortunately, have documented various types of violations of law and human rights in Belarus, including the rights of persons deprived of their liberty. This is why we are truly concerned about Tanya,” he continued. “Tanya is an amazing and beautiful person, as well as a very strong one. But now she needs our solidarity.”

A collection of Belarusian organizations and associations also released a statement this weekend, which read: “We consider the persecution of Tatsiana Hatsura-Yavorska by the authorities to be politically motivated, aimed at stopping her public and non-violent activities aimed at protecting human rights and fundamental freedoms.”

Elsewhere, Filmmaker Mark Cousins penned an article for The Guardian expressing his support for Hatsura-Yavorska, detailing how he interacted with the festival exec though his work with the Belfast Film Festival. “Nonfiction cinema is our lingua franca. Those who speak it to governments should be defended,” Cousins wrote.

Hatsura-Yavorska’s arrest comes amidst political upheaval in Belarus. Last year was marred by widespread protests after a disputed election result in August, which saw President Alexander Lukashenko claim he had won a sixth term in office by a landslide. Opposition leaders questioned the result – as did foreign governments and NGOs – and many have since been arrested or driven into exile. Protestors state that more than 600 people have been charged for participating in the demonstrations to date, with 400+ convictions handed out.