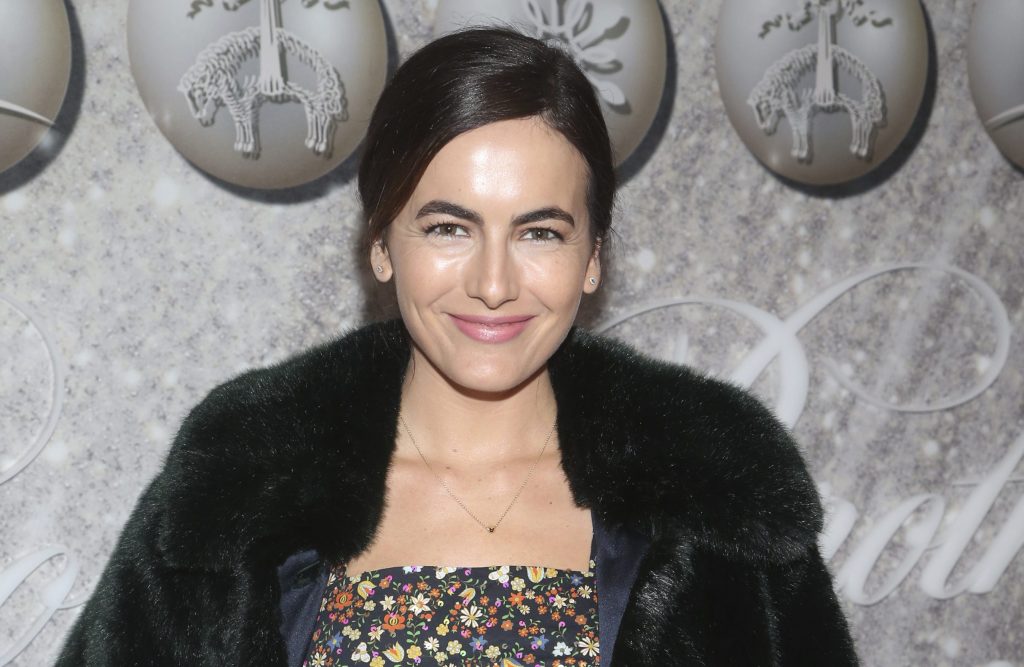 She’ll play Carina, a relationship columnist for whom, despite her professional expertise, love does not come easy. The movie also stars David Lafontaine (Molly’s Game) as Liam, Belle’s love interest.

“We are delighted to have Camilla Belle star in our Tubi Original Movie for Valentine’s Day,” said Adam Lewinson, Chief Content Officer at Tubi. “Camilla’s charismatic performance is perfectly paired with the charming screenplay for 10 Truths About Love, and we’re so pleased that this movie will anchor our Valentine’s programming event with thousands of bingeable romantic titles.”

Reel One Entertainment (Dancing Through Christmas, All for Love) is producing 10 Truths About Love and it’s executive-produced by former Lifetime and Hallmark Channel executive Barbara Fisher (Ghosts of Christmas Past, A Honeymoon to Remember), Tom Berry (The Rulebook of Love, Just Clicked), Suzanne Chapman (Love in Translation, Love Upstream) and Laurence Braun (Say Yes to Christmas, Love in Alignment).

The drop date for 10 Truths About Love is scheduled for February 2022 and will headline Tubi’s Valentine’s Day programming next year. Romance is a popular genre on Tubi, which features many romance titles. This month, those titles include How Stella Got Her Groove Back, Four Weddings and a Funeral, Beyond the Lights, Message in a Bottle, The Preacher’s Wife, John Tucker Must Die, Career Opportunities, the Tubi summer original movie A Chance for Christmas and From Prada to Nada, starring Belle.

Belle recently starred in the Hulu series Dollface and starred opposite Daniel Day-Lewis in The Ballad of Jack and Rose, directed by Rebecca Miller. Later that year, she joined the ensemble cast of The Chumscrubber, with Ralph Fiennes, Glenn Close, Allison Janney and Jamie Bell, and starred with Edie Falco in The Quiet, which premiered at the Toronto Film Festival.

Additionally, she played the lead role in the hit remake of the 1979 thriller When a Stranger Calls, which opened at the top of the box office to $21.6M. She previously co-starred in À Deriva, a feature in her native language of Portuguese, starring Vincent Cassel. Belle also starred in the sci-fi thriller Push, with Chris Evans and Dakota Fanning, as well as 10,000 B.C., directed by Roland Emmerich. Additionally, she starred in the romantic comedy From Prada to Nada and in the dramas Amapola  a bilingual (Spanish/English) Argentinian film; Open Road, another bilingual (Portuguese/English) film, opposite Andy Garcia and Juliette Lewis; The American Side, opposite Matthew Broderick; and The Mad Whale, opposite James Franco. She also is a producer and director, and her feature directorial debut can be seen in the anthology thriller Phobias.

Over the coming year, 140+ hours of all-new content are set to debut on Tubi, including Tubi Original Documentaries from FOX Alternative Entertainment; animated titles from FOX Entertainment’s Emmy Award-winning animation studio, Bento Box Entertainment; and premium independent-minded titles across the Black Cinema, thriller, horror, sci-fi, romance and Western genres. Tubi has more than 35K movies and television series from over 250 content partners, including every major studio, in addition to free live local and national news channels in streaming. The platform gives fans of entertainment, news and sports an easy way to discover new content that is available completely free.