Can Bezos & Zaslav Avoid Wreckage Of Past Hollywood Mergers? – Deadline 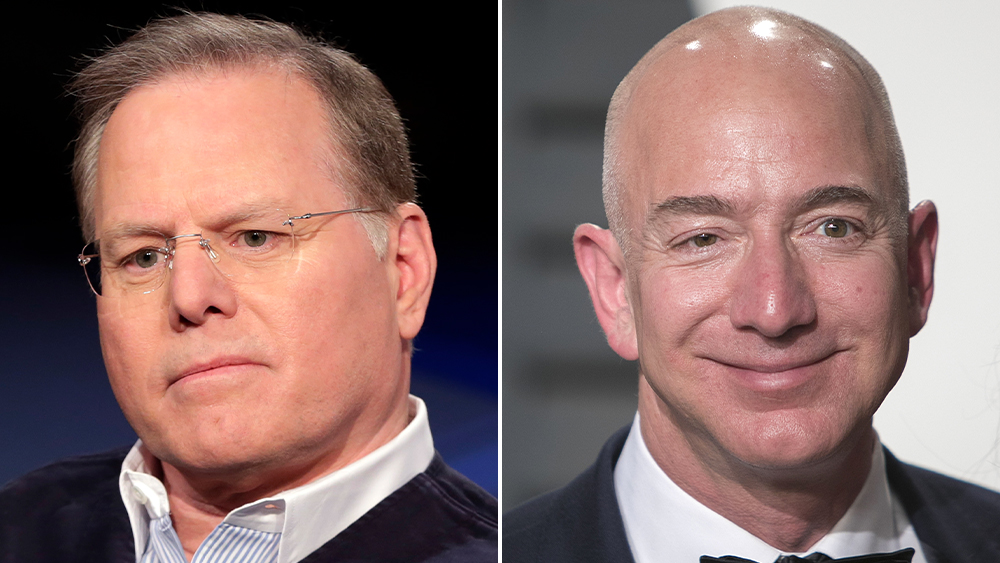 Two decades ago, Edgar Bronfman Jr., having just acquired control of Universal, took me on a tour of his studio. Pointing to the black tower, he told me: “I hate black buildings. That one will soon be white.”

It’s still black. I remember his faux promise as a sort of metaphor for why Hollywood always greets corporate takeovers with a yawn. Dealmakers may boast of their deals, but history tells us that nothing ever changes.

Except history may be about to change its mind. The massive maneuvers newly engineered by Discovery and Amazon will substantially transform the cultures of their respective companies. They will also trigger further mega-deals that will reshape the industry, sharply changing content offered audiences and the technology of its delivery.

Given their resources and ambitious visions, David Zaslav and Jeff Bezos will not conveniently disappear like the wannabe moguls of the past. Zaslov will reign atop WarnerMedia’s business when the deal closes; Bezos has committed to focus attention on his Hollywood forays once he has established himself as the nation’s premier rocket man.

At this moment, however, both might benefit from a glimpse of the problems encountered by those merger mavens of the past who were bent on reinventing Hollywood. Their missteps illuminate both the power and the peril intrinsic in their missions.

A case in point: Vivendi’s ambitious Jean-Marie Messier had Hollywood in awe as he set out to devour Pathé, Canal Plus and, finally, Universal. French authorities pulled the plug by 2010, putting him on trial for massive embezzlement.

Christopher Skase, a charismatic but totally unknown Australian, jolted the industry by seizing control of a beleaguered MGM. He was also closing in on important British assets when he was arrested in Majorca.

Michele Sindona saw his acquisition of the vaunted Paramount studio lot as the first of his succession of Hollywood buyouts. He would shortly be transported to a Sicilian jail.

While this rogues gallery of takeover artists bumped into legal roadblocks, a subsequent succession of corporate players also hit a wall. Coca-Cola brought a swagger when it invaded an ailing Columbia Pictures, but its dealmaking style didn’t pay off in profitable product or successful diversification. Neither did General Electric succeed with its rigid structures when it tried to apply them to a confused Universal.

Having established remarkable success with CNN, Ted Turner’s frenzied deals succeeded mainly in scattering Hollywood’s most revered titles across the studio landscape – Warners, for example, owns Singin’ in the Rain and 2001: A Space Odyssey, among others.

The ever mercurial Kirk Kerkorian, having demolished MGM, next decided to take a major stake in Columbia, but the criminal charges filed against its president, David Begelman, discouraged his pursuit. Rupert Murdoch made several overtures to Disney before finally deciding to zero in on a likelier target in 20th Century Fox. He ultimately doubled back, of course, selling Fox to Disney at a giant profit.

Hollywood insiders by no means expect that either Bezos or Zaslav are destined for this graveyard of takeover artists. On the contrary, both are expected to have a transformative impact through both their visions and their resources.

They, too, of course, represent a study in contrasts. Bezos, a resolute techie, became quickly enamored of Hollywood glitz, only to be distracted by other passions. Next month he and his brother, Mark, will be aboard Amazon’s space flight in a theatrical attempt to challenge the achievements of Elon Musk and Richard Branson in the space race.

By contrast, Zaslav, 61, has meticulously constructed an extraordinary media career, first building Discovery into a major force before closing his $43 billion merger with AT&T. While CNN and HBO now become important strategic elements, he is known to be especially enamored of the role that Warner Bros will play in his new edifice. Warners’ executives have been busily repairing artist relationships damaged by sudden changes in release patterns — changes interpreted as reflecting a sharp tilt toward streaming.

Still, Zaslav and Bezos share a fascinating litany of challenges: On one level, they must retain the loyalties of their managements during the protracted review cycles mandated by antitrust officials and attorneys. They must also reconcile their corporate initiatives with those of a creative community puzzled by complex new compensation formulas and release windows. Formidable cost savings have been promised to bankers (some $3 billion in Warner Bros. Discovery “synergies”) along with stepped-up expenditures on content. Announcements of dramatic subscriber growth have been delivered simultaneous with ominous reports of churn.

But then, this is Hollywood: Buildings can easily be repainted if their landlords set their mind to it.