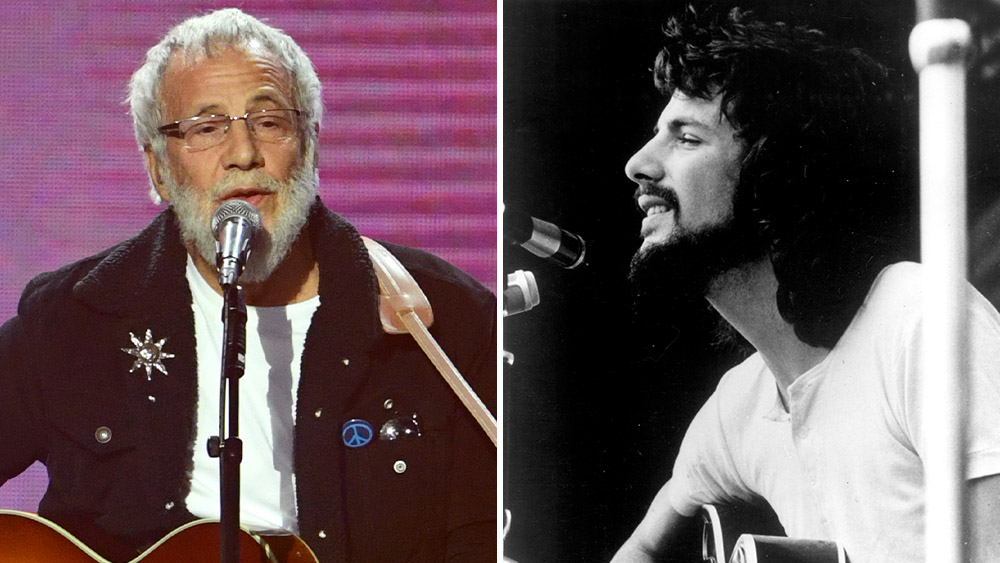 Resuscitating a career can be a tortuous process, especially when it involves a star bent on self-destruction. A case in point: Cat Stevens, the folk singer/pop legend who gave us “Miles from Nowhere,” but now has decided he prefers to be somewhere. Hence, a new tour, a memoir, an album and a revised persona.

It was 50 years ago when Cat, seemingly a gentle British hippie, suddenly re-emerged as Yusuf Islam, even as his first album soared to the top of the charts and his songs lit up Harold and Maude, a movie destined for its own mythic status.

Bewildered by his sudden celebrity, the Muslim wanderer seemed to be living out his own lyric, “On the road to find out.” What he found was isolation and anger, which he exacerbated with reckless remarks relating to author Salman Rushdie, fueling a literary controversy.

Peter Bart: As U.S. Demographics Evolve, The Question Isn’t Where Is Hollywood’s Audience, But Who

Can Cat now find re-acceptance? Howard Fishman, a noted composer-performer, votes yes. During the pandemic, Fishman reviewed the important voices of the 1970s, concluding: “I may not be the person I am today had I not been exposed to Cat and his music.” His songs ultimately “occupied a space between earnest innocence and earned wisdom,” wrote Fishman in the Washington Post.

Cat’s link to Harold and Maude was fortuitous. The movie, directed by Hal Ashby, focused on an aimless youth who unexpectedly finds a life mentor — one who suddenly abandons him. In the film, Maude (Ruth Gordon), the mentor, explains to a comically suicidal Harold (Bud Cort) that “consistency is not a human trait.”

As a model of inconsistency, Cat’s lyrics over the years teetered between Buddhism, Taoism and total confusion. Now a silver-haired, 73-year-old father of six, he lives in Dubai and has decided to venture back on the road. “Where Do The Children Play?” asks one of his songs, and he seems determined to find out.

Full disclosure: I would never have met Cat Stevens had Hal Ashby not introduced me to him. I had just acquired the script of Harold and Maude for Paramount and sought to recruit Ashby to direct it. The script had been written by a UCLA film student named Colin Higgins, who was supporting himself as a pool cleaner. Having come of age in remote New Caledonia, Higgins found himself baffled by Hollywood and its values – a confusion expressed in his hilarious script.

Ashby, having just directed his first film, The Landlord, shared my affection for the screenplay but was reluctant to commit. “I love it but I’m struggling to find a point of view,” he said. One day he called to tell me, “I’d like to bring over a new friend.”

The friend turned out to be a scraggly kid in torn jeans who looked like he hadn’t slept in months. Ashby had heard his music in a bar, traced his whereabouts and shared the screenplay with him. “The script has the words but it yearns for the music,” Ashby explained. “This man will deliver the music.”

As it turned out, Cat already had written several songs, which seemed oddly relevant including the exuberant “If You Want to Sing Out, Sing Out,” which formed a bookend for the movie and the album. Ashby sensed the fit. Wisely so, suggests Fishman. “His songs capture the happiness of being sad,” he explains, admittedly stealing the line from Victor Hugo.

As he was shooting, Ashby kept a succession of Stevens’ songs playing in the background, as though encouraging the performances to embody their spirit. The objective was to portray Maude as life-affirming, not maudlin.

From today’s perspective, Harold and Maude represented a uniquely ’60s indulgence – a love story involving an 80-year-old woman and an 18-year-old boy. The final result defied its marketers. Paramount could not decide how to sell it or even release it.

Ultimately, when the release of The Godfather was unexpectedly delayed three months because of a famous re-edit, Harold and Maude was jammed into its Christmas playdates. There was no campaign. The results were inevitable: Most of the theaters were empty. In some communities, however, the film struck a chord, playing for over a year — an offbeat date movie with filmgoers singing the songs and quoting the lines.

Harold and Maude was to join that elite cluster of films that seem to possess an afterlife. That phenomenon may even translate into an afterlife for the artist who now calls himself Yusuf/Cat Stevens.