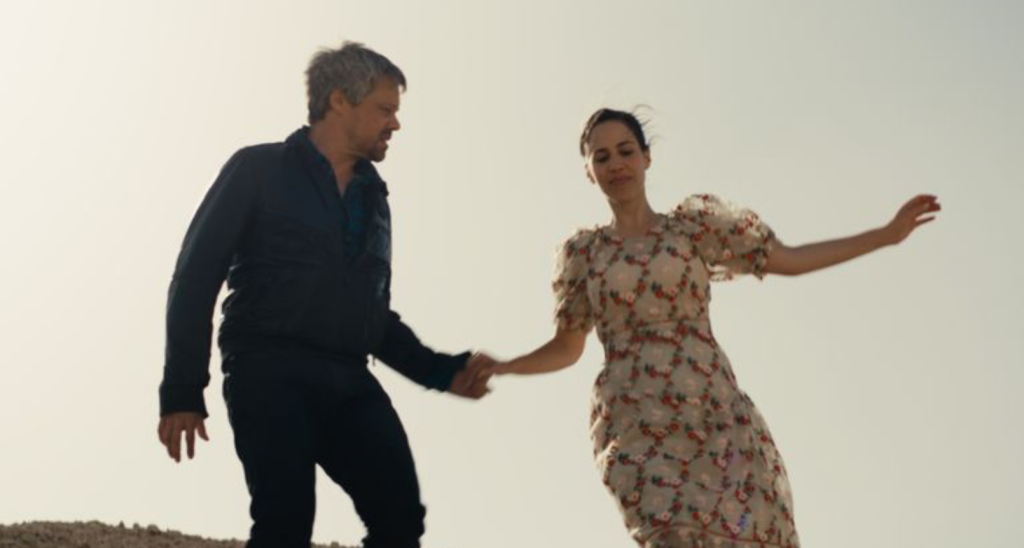 After serving up three very potent films over the past decade, Israeli director Nadav Lapid issues forth a shrill and strident screed in his fourth feature, Ahed’s Knee (Ha’Berech). Undeservedly included in the Cannes competition, this rough and hasty-looking outing is nothing short of a bilious broadside of anger at and resentment toward anything to do with the Israeli government. Its utter lack of shrewd argument or intelligent insight makes the result simply seem like the upchuck of a bitter, extremist mindset.

Lapid’s 2011 Policeman was one of the notable debuts of the last decade, a shrewd and intelligent look at a stand-off between an elite commando unit and some upper-class revolutionaries. Three years later, The Kindergarten Teacher provided an acute assessment of a child prodigy, while Synonyms, two years ago, provocatively observed an Israeli soldier’s extreme attempt to transform himself upon moving to Paris.

Ahed’s Knee, however, conveys nothing but vile disgust with anything to do with Israel; so shrill and negative is the film’s perspective that its best commercial prospects would no doubt lie in the neighboring Arab countries.

All of Lapid’s films up to now have exhibited a heavy skepticism of Israeli attitudes and policies, but this one goes to new extremes in biting the hand that fed it, even if the credits reveal extensive financial backing from Israeli funding entities.

A filmmaker simply refered to as Y (Avshalom Pollak) takes time out from casting his new film in Tel Aviv to go the southern town of Sapir in the valley of Aravah to present a film. In charge of his visit is Yahalom (Nur Fibak), who holds the exalted position of Deputy Director of the Ministry of Culture Library Department. The fortyish man is ornery from the outset and only gets worse, and there is no subtlety in his rough broadsides against the government even though he’s supposed to stick to the script in his presentation to the small gathering.

The vibes between the two are volatile and variable, but whatever might be going on personally is far outweighed by Yahalom’s burden of having to absorb all of Y’s broadsides against the regime and its corruption. The man selfishly unloads all his bile and invective on this well-intentioned woman, and whatever emotional and intellectual subcurrents that might have been possible due to issues raised in the couple’s various discussions are left in dust by the writer-director’s uncontrolled spewing of invective on anything for which the national government is responsible.

The lack of intellectual nuance and spirited sparring leaves you with nothing but one long, increasingly anguished harangue. Local audiences might see things differently, but Y comes off like someone who’s already gone over the edge and becomes very tiresome company in the process.

Synonyms was similarly provocative but in a different way, rooted as it was in a man’s desire to transform himself. This new film feels like the work of someone who is flailing around, angry at everything and everyone and unwilling to take a step back and assess his thoughts, feelings and priorities in the interests of good drama.