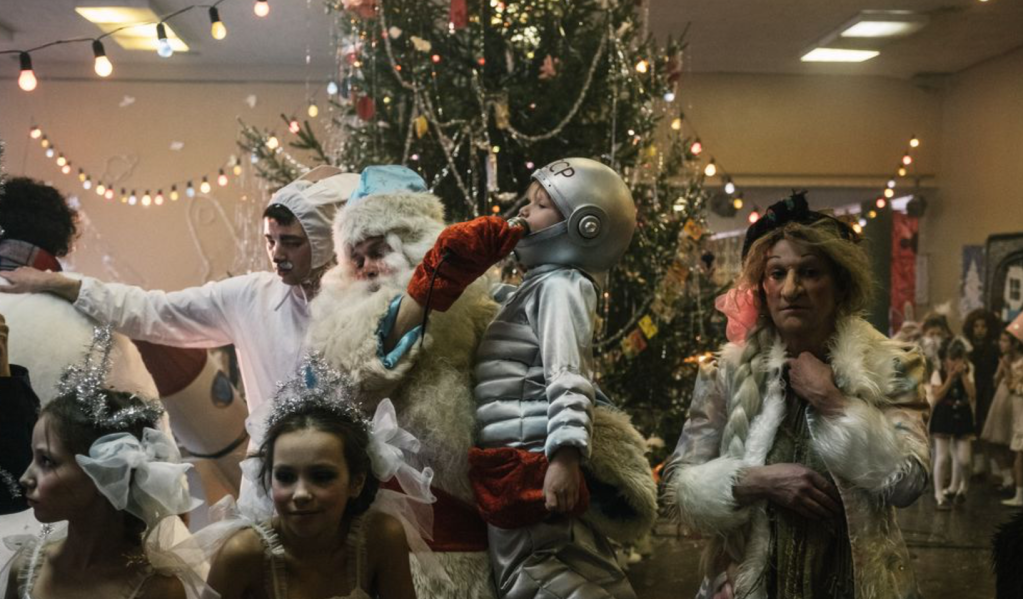 Watching the tumultuous and punishing Russian extravaganza Petrov’s Flu is like suffering a physical assault in a dark alley, or having a load of garbage jammed down your throat and piled on top of you until you just can’t take it anymore. Experimental theater bad boy and 2018 Cannes competition Leto entrant Kirill Serebrennikov takes a throw-in-everything-including-the-kitchen sink approach to painting an appallingly bleak portrait of modern Russian life. It’s arresting for a while, but you get the feeling that nothing would ever be enough for the filmmaker, that he’d still be exposing the excesses and crimes and corruption if he could.

The director has been in trouble with Russian authorities from time to time, and this time he’s had the luck, if it can be called that, to make a film in which a fictional pandemic that appears on screen coincides with the real thing. The society he depicts is sick in both senses of the word.

In the world he shows on screen, anarchy reigns, citizens are killed arbitrarily, corruption is rampant and you can expect to be physically attacked for no reason at any moment. Cynicism reigns and there’s no end in sight.

Based on the 2016 novel The Petrovs In And Around The Flu by Alexei Salnikov, the film rides on tattered coattails of the titular comic book artist (Semyon Serzin) who must also work as a garage mechanic. His wife (Yulia Peresild) is a librarian but an apparent assassin by night who even thinks about offing her own kid (Vlad Semiletkov).

Even after just 20 or 30 minutes, you get the gist: Russia is a hell-hole, a nightmarish place, life is cheap, everyone is corrupt, morals are unheard of and you can expect nothing to change. All this is laid out and rubbed in from the outset and you get it, very readily.

Unfortunately, Serebrennikov doesn’t realize that a little of this goes a very long way. He’s got a lot to get out of his system and he could well have to wait a while before getting another chance. But are we so dense that we need to be force fed the same message for another two hours?

Clearly, our host and guide to modern Russia isn’t so sure, so he keeps piling on the manure until we’re buried in it. Ahhh, at last, now you understand, he’s probably thinking after dunking the viewer in hallucinatory misery for a full evening. Most of us will be happy to take his word for it rather than join the fun.