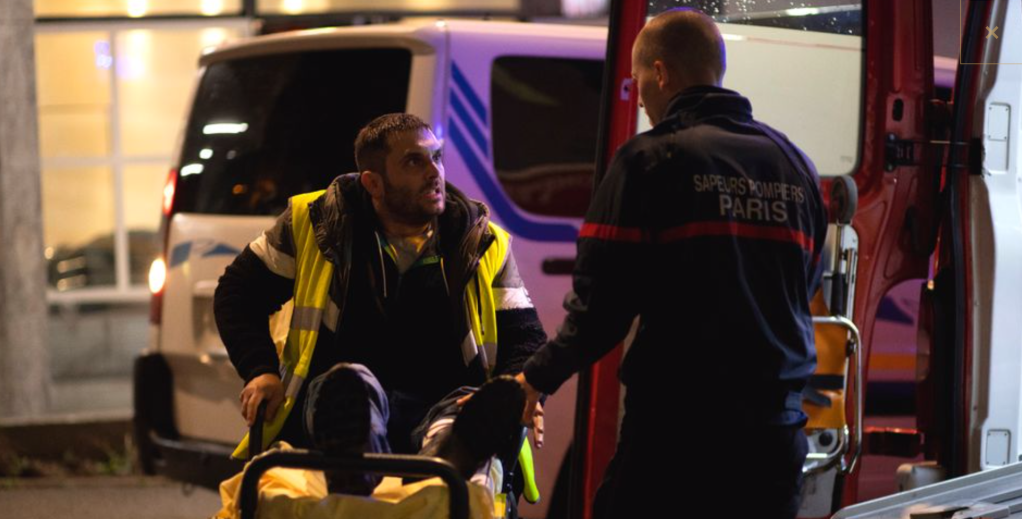 It’s not on the level of M*A*S*H or The Hospital, but The Divide (La Fracture) keeps you on your toes with its frenetic look at a besieged Paris emergency room hospital staff as, along with its regular patients, it tries to cope with the many people injured during a Yellow Vests protest that gets out of hand in late 2019. The French will naturally respond more directly than will foreigners to this fast-moving drama, which is peppered with some zinging dark humor, but politics take a back seat to logistical and human issues in this black comedy-laden Cannes title that ran in competition.

Although the director is little-known in the United States, this is Catherine Corsini’s 12th feature, so she obviously knows her stuff. With the crucial assistance of the you-are-there cinematography of Jeanne Lapoirie, she keeps the camera very much in the thick of things while recreating the street-fighting and personal distress that grew out of the real-life grass-roots demonstrations, events that involved grievances on both the right and left against policies of President Emmanuel Macron.

“Dementia Is Nothing To Be Ashamed Of”: Gaspar Noé On ‘Vortex’, His Experimental Study Of Old Age And Death – Cannes Q&A

Personal issues flare up even before the city does, as the relationship between two spirited 50-something women, Raphaelle (Valeria Bruni Tedeschi) and Julie (Marina Fois) is on the rocks and sinking fast. Their bickering has an edge of finality to it due to Julie, who has simply had enough.

As time goes on, you can begin to sympathize with her; Raphaelle is the sort of person who always has a remark to make and never stops yacking, joking or complaining. In any situation, she insists upon being the center of attention, even as injured and bloodied people keep rolling into the building. She’s both real and like someone out of a sitcom, quick and wickedly amusing, but on an extended basis a bit much and sometimes a pain.

Raphaelle needs to go the hospital because she’s injured her elbow but, as her needs aren’t that urgent, others take priority. A man in their proximity, truck driver Yann (Pio Marmai), has shrapnel in his leg, although he’s so pressured to get the truck he’s secretly used to get to Paris back to his boss that he thinks of leaving the facility without treatment.

More and more people keep being admitted to the hospital as the fighting outside becomes increasingly violent, but the biggest shock comes when a ceiling collapses in one room. It looks like chaos will result, yet one of the film’s signal virtues is its understated admiration for way the everyday hospital staff goes about its business. Their workplace has become a war zone, and the staff works with a steady sense of purpose and dedication, which under the circumstances is saying a lot.

The film’s tone ranges between the frantic and the farcical but, its depicted absurdities aside, it’s not an outright comedy. This is a heightened-reality look at the known world spinning off its axis in a way nobody is quite prepared to cope with, much less fix. These emergencies seem to come and go with more frequency these days, and governments in the West, at least, appear less than capable of dealing with the fallout.