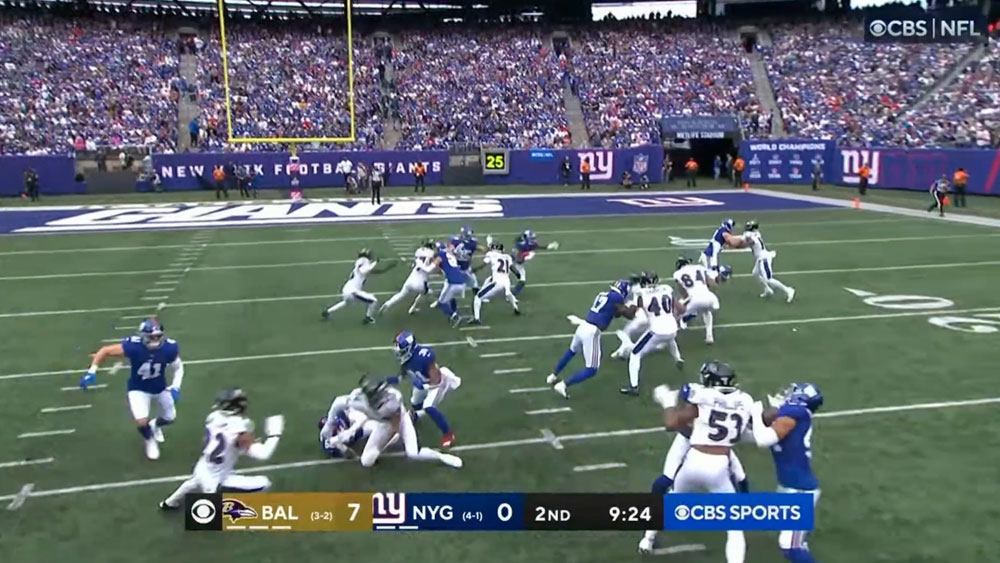 CBS viewers were subjected to new camera angles while watching the NFL game between the Baltimore Ravens and the New York Giants which has gotten mixed reviews from fans.

After the first quarter with no scores from either team, things in the second quarter got a little bit more interesting. The Ravens were the first to get on the board with a touchdown and a field goal giving them a lead of 7 points.

It was during the kickoff in the second quarter when viewers were seemingly transported into the action on the field with a new angle.

NFL fans were able to see a traditional view of the kickoff but when the receiving team got a hold of the ball, the camera that hangs above the field started swaying back and forth giving a new perspective to the run and putting viewers in the middle of the action.

It was a new way of experiencing the action on the field for people at home and it was received with mixed reviews. Not everyone enjoyed the angles with some complaining on social media about suffering from dizziness after watching it play out on TV.

“I threw up all over my couch thanks to this. Are you going to pay to get it cleaned?” on Twitter user said.

“Terrible idea. Never do that again, please,” a fan tweeted.

“I feel like I’m drunk watching this,” another viewer noted.

Not all of the comments were negative and some said they didn’t “see the big deal” adding, “It’s just the skycam on a return? We see this every week.”

Watch the CBS camera in action in the video below.