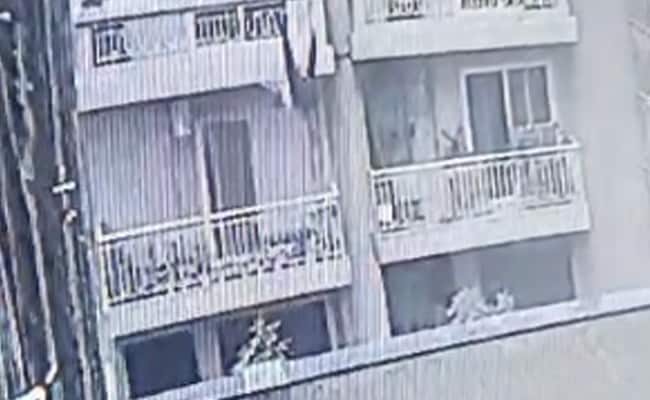 Hardik Vats fell from the 19th floor, locals said. CCTV footage did not show how it happened.

After a video showing a young man falling off a building in Ghaziabad on November 3 emerged, his family has alleged that he was murdered, while police have registered a case but are investigating if it could be an accident or a suicide.

Family said the victim, engineering student Hardik Vats, had left for college and, around 3 pm, called to say he was coming back home.

Around 4.45 pm, an unknown person called the family from his phone, telling them to come to Apex Society in Siddharth Vihar. By the time they got there, the young man had been taken to hospital by locals, and doctors later declared him dead, sources at Vijay Nagar police station said.

He fell from the 19th floor, locals told the cops; the CCTV footage showed him falling but not how it happened.

The family alleges that the society where he fell does not have any of his acquaintances or relatives. There is no information about why he had gone there.

The police have registered a case of murder.

What Priyanka Gandhi Vadra Had Said About Nalini Sriharan, Rajiv Gandhi Convict, In 2009