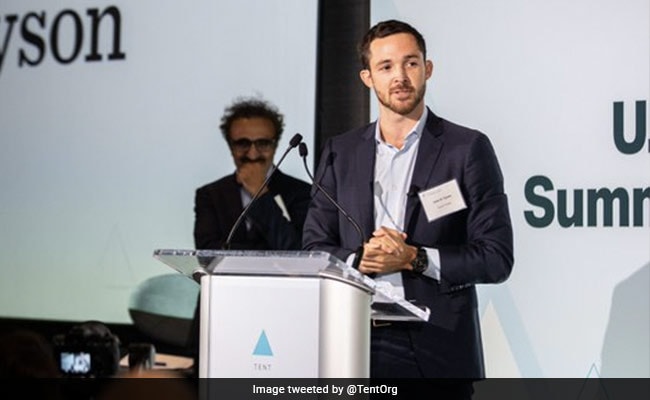 The Chief Financial Officer of a US-based meat processing company was arrested on Sunday after he allegedly entered an unknown woman’s house drunk, and fell asleep on her bed, several reports say.

Tyson Foods’ CFO John R Tyson, also the great-grandson of the company’s founder, was charged with public intoxication and criminal trespass after a woman in Arkansas called the police on finding him on her bed.

According to reports, the Fayetteville police received a call early Sunday morning from the woman, who had returned home to find a strange man sleeping in her bed with his clothes on the floor.

When officers arrived and tried to wake 32-year-old Tyson, he was “unable to react vocally”. After groggily sitting up, he plopped back into the bed and fell asleep again. Police officers reported smelling alcohol on his breath and body, and his “lethargic and uncoordinated” movement.

Tyson is set to appear in court on December 1 after he was charged and released on a $415 bond.

Tyson Foods refused to comment on the incident, calling it a “personal matter.”

“We’re aware of the incident and as this is a personal matter, we have no additional comment,” it said in an email to CNN.

Mr Tyson has since apologised, saying he is getting counselling for his drinking. “I am embarrassed for personal conduct that is inconsistent with my personal values, the company’s values and the high expectations we hold for each other here at Tyson Foods. I made a serious mistake and this has caused me to reflect deeply on the impact my actions can have on others,” read a companywide memo issued by Mr Tyson.

“Lost Out On Justice”: Parents After Supreme Court Frees 3 Rapist-Killers