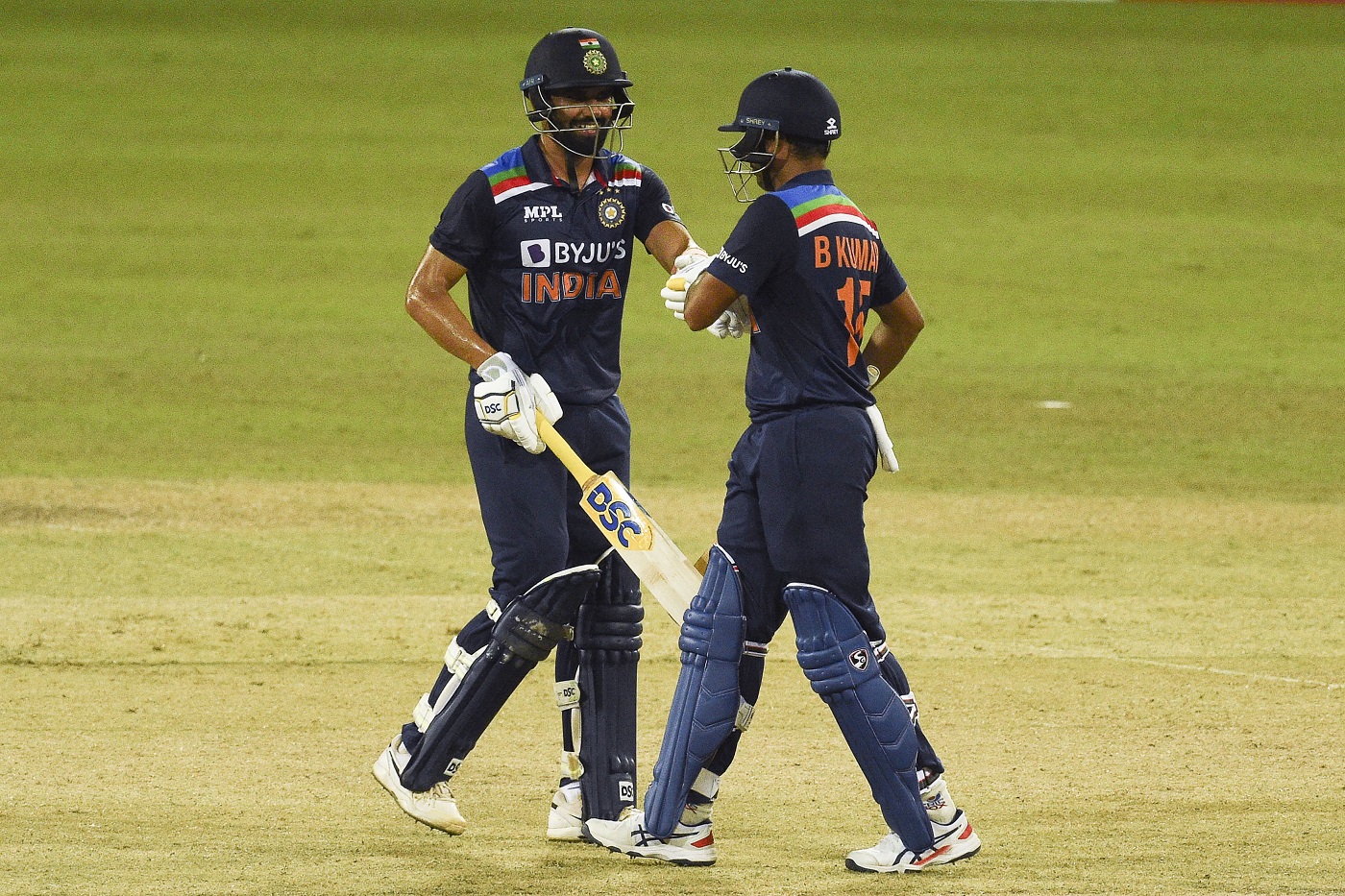 Colombo: Tail-ender Deepak Chahar (69 n o, 82b, 7×4, 1×6) brought India back from the dead with a steely half century and script the visiting team’s series-sealing victory in the second ODI against Sri Lanka here Tuesday.

Chasing 276, India were down and out at 193/7 before Chahar and Bhuvneshwar Kumar (19 n o, 28b, 2×4) forged an unbeaten 84-run stand to seal a memorable three-wicket win for the visitors who extended their record of not losing an ODI on Sri Lanka soil since 2012.

Chahar, whose highest score before this game was 12, showed remarkable resolve and composure under pressure to take his team over the line with five balls to spare. He fittingly hit the winning boundary. It was India’s ninth consecutive bilateral series win over Sri Lanka. The third ODI will be played Friday.

It was expected to be another comfortable chase for India after Sri Lanka put an improved batting effort to post 275/9. However, questionable shot selection from the majority of the Indian batsmen gave their struggling opponents hope.

Barring Chahar and Suryakumar Yadav (53, 44b, 6×4), the Indian batsmen faltered. Leg-spinner Wanindu Hasaranga (3/37) troubled the Indians with his variations and ended up being the stand out bowler for his team.

India felt the heat early on in the chase with Prithvi Shaw and Ishan Kishan, who both blew away the opposition in the opener Sunday, getting out to bad shots.

Skipper Shikhar Dhawan (29) was not at his fluent best for the second game in a row and was trapped in front by Hasaranga. Manish Pandey (37) was unfortunate to be run out off a deflection from the bowler’s hand and Hardik Pandya hitting it straight to mid wicket with hard hands left India reeling at 116/5.

Suryakumar and Krunal Pandya (35) stitched a 44-run stand before Chahar produced a stunner from nowhere for a remarkable win.

Earlier, leg-spinner Yuzvendra Chahal (3/50) led India’s decent effort with the ball. Pretty much like the series opener, most of the Sri Lankan batsmen got starts but failed to capitalise after the hosts opted to bat.

Chahal was the pick of the bowlers while pacers Chahar (2/53) and Bhuvneshwar (3/54) too got wickets primarily due to profligacy of the home team batsmen.