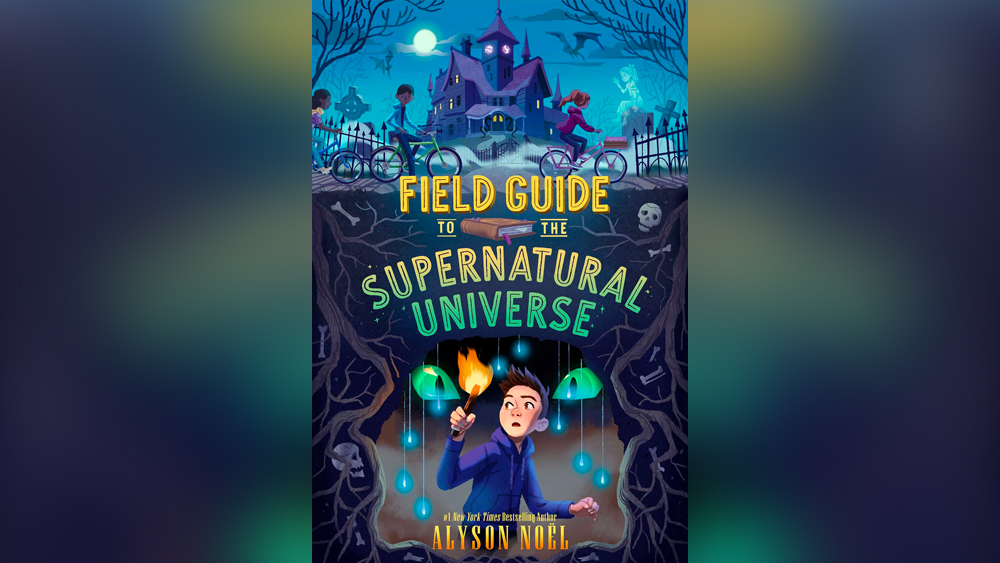 The book is best described as a cross between Stranger Things and Rick and Morty. Set in Glimmerville, a small town known for its incessant fog and enchanted pies, Field Guide follows a boy who longs to be normal, but must rely on his suppressed supernatural abilities to defeat an unearthly nemesis and save his town.

Noël is the No. 1 New York Times bestselling, award-winning author of 23 novels including: The Immortals, The Riley Bloom series The Soul Seekers series, and Saving Zoë, now on Netflix.

With nine New York Times bestsellers and over 8 million copies in print, her books have been translated into 36 languages, sold in over 200 countries, and have made the New York Times, USA Today, L.A. Times, Publishers Weekly, Wall Street Journal, NCIBA, and Walmart bestseller lists, and have won numerous awards such as: the National Reader’s Choice Award, NYLA Book of Winter Award, NYPL Stuff for the Teenage, TeenReads Best Books of 2007, Reviewer’s Choice 2007 Top Ten, appeared on the CBS Early Show’s “Give the Gift of Reading” segment, and selected for Seventeen Magazine‘s “Hot List” and Beach Book Club Pick.

Matthau is the director and writer of eight movies including The Grass Harp, Freaky Deaky and the upcoming Book of Leah.  He is expanding into television and is developing projects with Terrance and Rachel Winter (Boardwalk Empire, Wolf of Wall Street), Pepe Baston’s Elephantec Global, The Los Angeles Media Fund, and other prominent television producers.

Zoumas is an alum of USC’s School of Cinematic Arts. During his career he served as SPV of Development and Production at Miramax/Dimension Films. He had a first look producing deal at Focus Features. Zoumas has worked as an EP on several movies including Guillermo Del Toro’s Mimic and Henry Selick’s Academy Award-nominated animated film Coraline, based on the bestselling novel by Neil Gaiman. Currently he’s Executive Producing an animated series at Netflix.