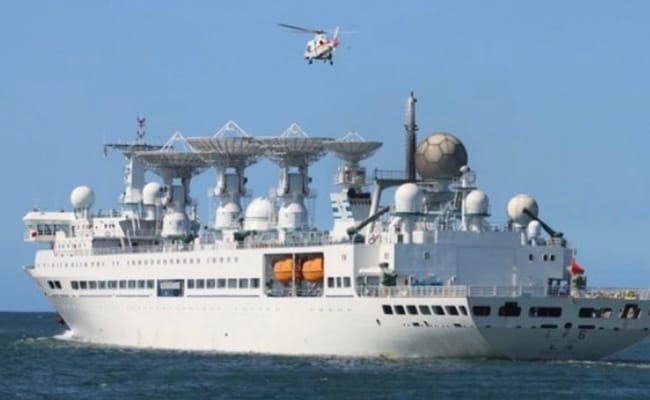 “Naval ships from India, China Russia, Japan and Malaysia from time to time have requested, and so we have granted permission to China. Only when there is a nuclear-capable ship coming our way we can deny access. This is not a nuclear-capable kind of ship,” said Colonel Herath, adding China informed Sri Lanka they are sending the ship for surveillance and navigation in the Indian Ocean.

The Chinese ship, Yuan Wang 5, has requested Sri Lanka permission for replenishment. The buffer time for docking is from August 11 to 17. “China informed us that they are sending their ship for surveillance and navigation in the Indian Ocean,” Colonel Hearth said.

Sources in Sri Lanka’s Defence Ministry said the Chinese ship is a “very capable, advanced naval vessel with a lot of sophisticated parts on board.”

India is concerned as the ship is capable of monitoring nuclear power plants and military stations, sources said.

“We know India and China are competing for influence in the Indian Ocean. But China also must understand – they have some kind of a situation and their duty should be to update India as well…In fact this is not the first time a Chinese ship is entering our waters,” a person with direct knowledge of the matter told NDTV, asking not to be named.