Chinese Man Creates World’s First “Foldable iPhone”, Explains How He Did It 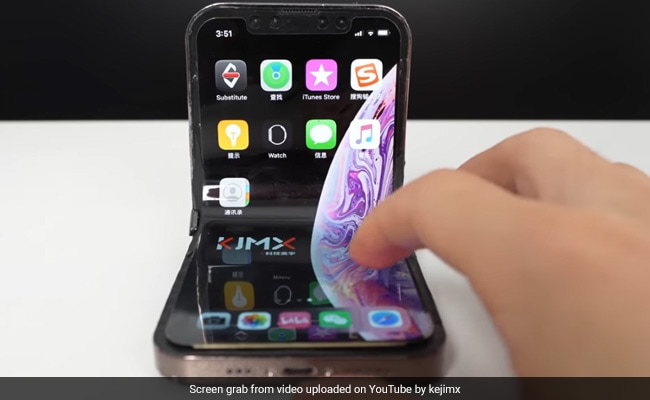 The process of creating this device is extremely difficult.

A Chinese YouTuber has posted a video claiming to have created the world’s first “foldable iPhone”. He went to great lengths to build the device using internal iPhone components and a Motorola Razr’s foldable hinge. The man posted the entire process on his YouTube channel, which shows in the end an iPhone that can be folded in half.

In the video, the YouTuber walks through the process of picking parts from different devices and assembling them again to create his own custom phone. He removed the internal components from an iPhone X and pushed them inside a foldable Motorola Razr chassis. Though the video is in Chinese, there are English subtitles. The procedure is extremely difficult and time-consuming.

According to the AppleInsider, this YouTuber had a goal of building a “foldable iPhone” while preserving as many parts from the original devices as possible. As part of the design criteria, it had to be soft enough to bend while retaining the touch functionality. The video shows the engineer’s step-by-step process to dismantle what turned out to be dozens of iPhone screens,. He cut apart a donor device’s case, and rebuilt it as a foldable phone using a hinge. The man tested multiple hinge types from phones like the Galaxy Z Flip, but chose a Motorola Razr’s hinge for its “small” display crease.

According to the report, the iOS in the foldable phone continued to function normally, and the touch functionality was unaffected.

The software, however, was customised (called jailbreaking) to work properly in the foldable set-up , the website further said.

Who Will Play The Final Of T20 World Cup? David Hussey Predicts