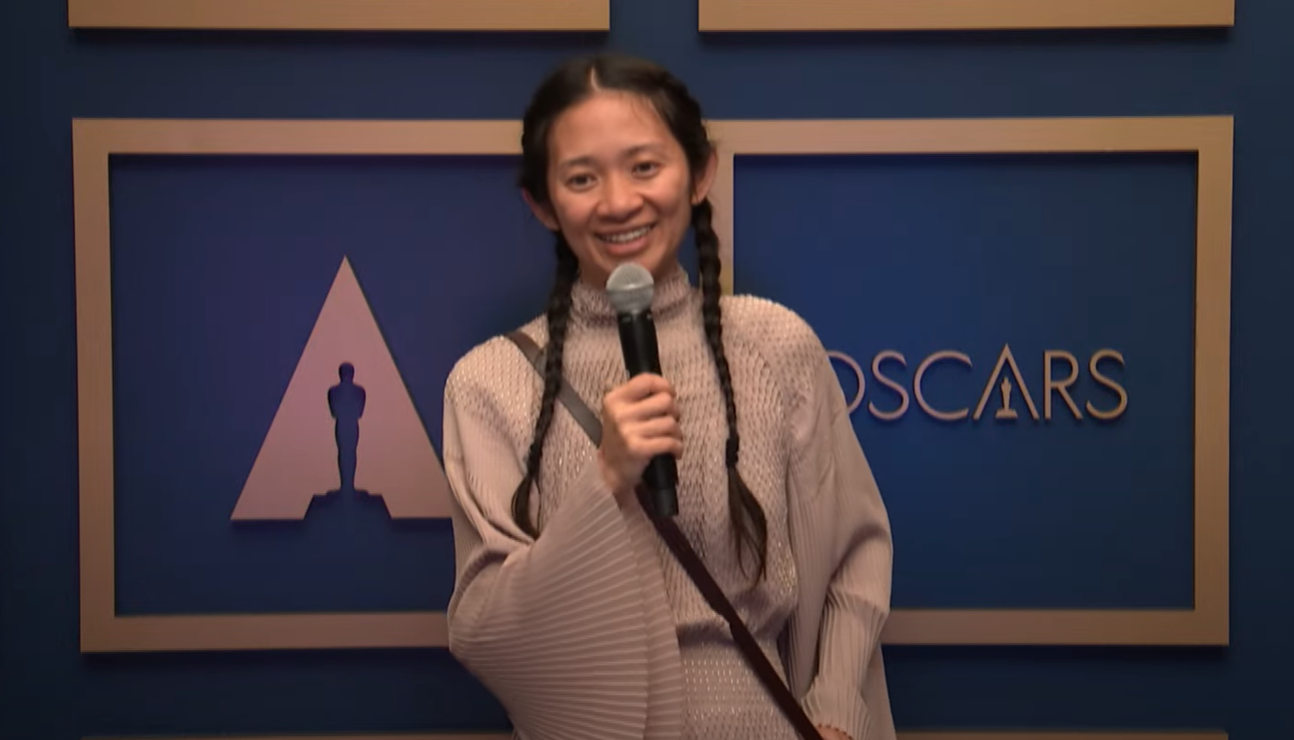 This was, without question, an Oscars unlike any other. For starters, the pre-show started off quite well. Ariana DeBose and Lil Rel Howery were great hosts, and their positive energy helped combat the weirdness of a red carpet during COVID-19. They were relaxed and made the nominees they chatted with relaxed. It was so much better than the stilted bullshit that goes on when there are interviews on the red carpet. No more questions about what people were wearing — those answers appeared below a photo of the star. I was shocked to see the President of the Academy do a land acknowledgment. And the show started off great with Regina King walking into the venue like the queen she is and taking a moment to acknowledge the Derek Chauvin verdict. Had the trial gone differently, and the disgraced officer wasn’t found guilty of George Floyd’s murder, the “One Night in Miami” director said she “may have traded in [her] heels for marching boots.”

The show started off with a bang: Emerald Fennell winning Best Original Screenplay, the first category of the night, for a truly groundbreaking story. As I have said before, “Promising Young Woman” is a film about toxic masculinity in a town that is rife with toxic masculinity (case in point: Scott Rudin). I found it amazing — and telling — that this script was embraced in the way it was. Hollywood likes to celebrate itself, not condemn itself, but “Promising Young Woman” deals with so much more than Hollywood. It deals with trauma and how it is processed, and shows that everyone processes it differently and there is no right answer, which seems to account for why so many people hated its ending. But that controversy has led to many good conversations, and I am all here for an awards season talking about toxic masculinity and trauma.

Let’s remember that Fennell is the first woman to win this award since Diablo Cody won for “Juno” back in 2008. Fennell shot the film in 23 days on a budget between five and ten million dollars. And she was seven months pregnant with her first child. She accepted her honor at last night’s ceremony pregnant with her second child. It wasn’t too long ago when I was hearing stories of women directors hiding their pregnancies from investors because they couldn’t process how women could direct and be mothers. I am sure there are some folks who still really feel that way, but saying that shit out loud anymore will get you in deep trouble. A bit of progress.

I was caught off guard when the Best Director award showed up early in the ceremony, as I’m sure many others were. But I was glad to get it out of the way. Chloé Zhao was the favorite coming in, but the Academy has been so disappointing in the past that I was still holding my breath. Zhao’s win will hopefully be a gamechanger. Here we have a woman, a person of color, telling the story of an older woman who is living on the margins of society. This film rightly represents the moment of time we are living in and it was smart of Searchlight Pictures to push it out during the pandemic and not hold it for later. Of course, it would have been fantastic to see the cinematography on the big screen. Her first two films were gorgeous. I saw her last film, “The Rider,” in a basement in a casino in Cannes, and “Nomadland” on my TV during the Toronto Film Festival. The experience is different. The feeling was not. Talent can be seen on a phone or on the big screen.

I do think that the pandemic awards season played into the success of “Nomadland,” which also won Best Picture. Neither Zhao nor star and four-time Oscar winner Frances McDormand play the game, and that game is required during awards season, which is full of meet-and-greet events. Awards season is an industry, and it did not exist, at least not on a comparable level, during the pandemic. It’s tough because many jobs disappeared, but it is a good time to question those awards budgets. Yes, there were some people being styled during awards shows, but then there were others wearing sweatshirts. I really admire Zhao’s authenticity. She is not one for glamour. She lived in an RV while shooting “Nomadland.” I was pleasantly surprised that Frances McDormand showed up to the ceremony as she has been a no-show for most other awards. During her last win, when she blurted out about the Inclusion Rider, she seemed so full of energy, and last night she seemed tired like the rest of us. It’s been a hell of a year.

While Zhao is still only the second woman and first woman of color to win the directing award, it brings me hope that in the 11 years since Kathryn Bigelow won for “The Hurt Locker” we’ve seen three women nominated (Greta Gerwig, Fennell, and Zhao), whereas before Bigelow there were a total of three women nominated in the history of the industry (Lina Wertmüller, Jane Campion, Sofia Coppola). And since Hollywood is still the place of dreams, I look forward to the kids who see Zhao’s picture and are then are able to believe that they too can tell their stories, and envision themselves standing on a podium being acknowledged for their craft. The industry is changing, no matter how hard the powers that be want to keep it the same. The forces in the culture and the world are too strong. This tug-of-war over change is going to claim some victories, victims, and losses. That is inevitable. But last night felt like a victory, a hard-won celebration.

Zhao wasn’t the only woman who made history at light night’s ceremony, which saw women taking home a record 17 trophies. “Minari’s” Yuh-Jung Youn, who won Best Supporting Actress, became the second Asian actress to win an Oscar, and the first since 1957. She’s the first Korean woman to take home the prize. Mia Neal and Jamika Wilson became the first Black women to win the Academy Award for Best Achievement in Makeup and Hairstyling for their work in “Ma Rainey’s Black Bottom.” “I want to say thank you to our ancestors who put the work in, who were denied, but never gave up,” said Neal. “I also stand here — as Jamika and I break this glass ceiling — with so much excitement for the future. Because I can picture Black trans women standing up here. And Asian sisters. And our Latina sisters. And Indigenous women. And I know that one day it won’t be unusual or groundbreaking — it will just be normal.” There’s plenty of work to do before we achieve that new normal, but the 2021 Oscars was an invigorating sign of progress.