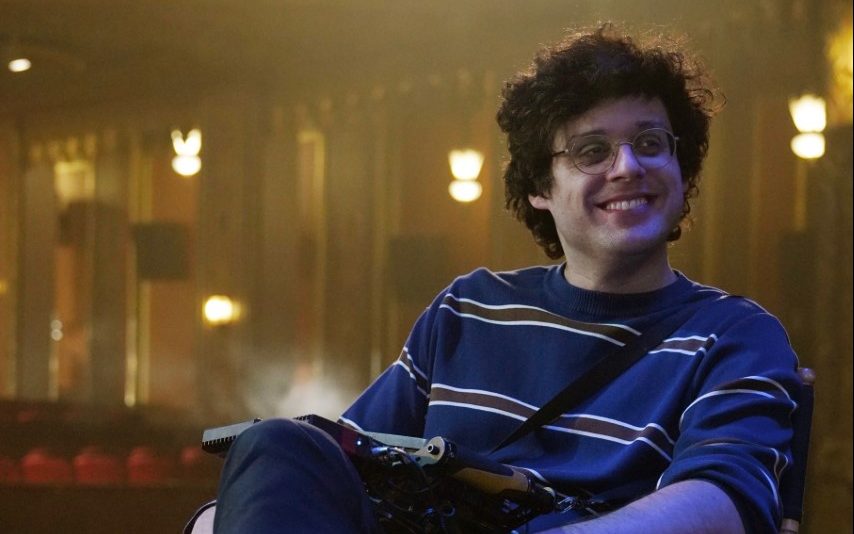 The 2020 Black List script by Randall Green follows a shy, unassuming teen boy on a quest for an expertise in karate, and the unorthodox uncle who guides him along the way.

Pratt, as we previously told you, will produce and star in the movie via his Indivisible Productions, with producing partner Jon Schumacher, and Monarch Media principals Steve Barnett and Alan Powell. Monarch principal Vicky Patel will serve as EP. UTA Independent Film Group will oversee film sales and distribution.

Briganti has directed some of the most viral segments and shorts over the past few seasons, including Melissa McCarthy as former White House press secretary Sean Spicer, Donald Glover in the rap video “Friendos,” Brad Pitt as Dr. Anthony Fauci and David Harbour as “The Grouch.”

Cecily Strong Ponders Her ‘SNL’ Future: “Things Are A Bit More Up In The Air”

“I’m so excited to not only be working from a script that’s timeless and hilarious, but to be working with producers who are driven by outstanding storytelling,” beamed Briganti. “It feels odd though that they want me to direct a movie about an anxious nerd, because I was very cool and popular as a kid. No one fact checks these, right?”

“We’ve long been a fan of Paul’s work on SNL, and believe he’s leading the way for the next generation of elevated comedy filmmakers,” said Barnett. “We’re so excited to put this wonderful script in such capable hands.”

Briganti’s other credits include Chad, At Home with Amy Sedaris, Crazy Ex-Girlfriend and Adam Ruins Everything. He is repped by Mosaic, UTA and Ginsburg Daniels Kallis.

Pratt recently starred in the Amazon/Skydance sci-fi feature The Tomorrow War which drew 2.4M U.S. households, and ranked as the No. 1 most-watched streaming movie over the 4-day holiday weekend per ScreenEngine. Indivisible has a first-look deal with Universal Pictures. Together, they are developing the recently announced Saigon Bodyguards, which reunites Pratt with his Avengers collaborators, the Russo Brothers, and Chinese movie star, Wu Jing. Up next on the Indivisible TV slate is The Terminal List, based on the best-selling novel by Jack Carr. Pratt will star and serve as executive producer, and Antoine Fuqua will direct and executive produce. The series is a co-production from Amazon Studios and Civic Center Media in association with MRC Television.

Barnett, Powell and Patel have several projects set through their Monarch Media banner, including a collaboration with award-winning country music duo Florida Georgia Line, to produce a musical feature film with original country music. Additionally, they have military thriller Havoc and Do the Birds Still Sing in Hell?, a musical based on the WWII biography of a British soldier who was a prisoner of war in Nazi Germany, and are developing an English-language remake of the Spanish-language film La Lista, from director Alvaro Diaz Lorenzo. The team also produced the hit Netflix family musical A Week Away.