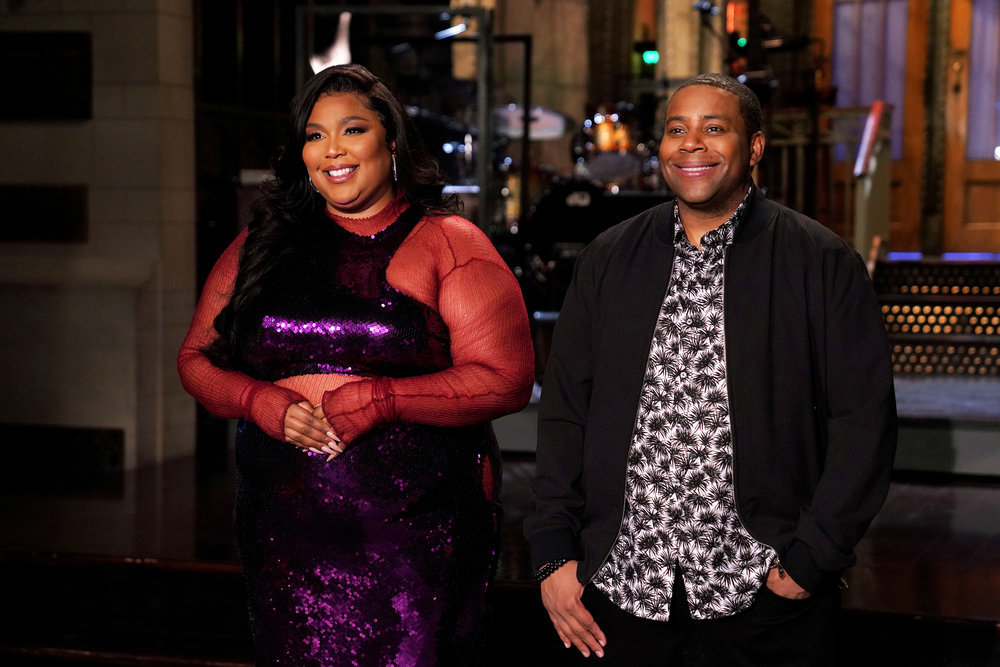 Lizzo is preparing for Saturday Night Live this weekend where she will be both host and musical guest, shooting promos for the NBC late-night show.

The bits feature Lizzo alongside castmember Kenan Thompson, with the two joking about Thompson’s role as a Lizzo backup dancer, folding bedsheets and cloning.

“How are you doing host and musical guest – did they clone you?” Thompson asks at one point.

“No, of course not, there’s no clone Lizzo,” she replies with a laugh.

Cut to Thompson’s inner voice saying, “That’s exactly what clone Lizzo would want me to think.”

Check it out above.

Saturday Night Live returns for an original show for a third week in a row, with Lizzo following hosts Jake Gyllenhaal last week and Jarrod Carmichael on April 2. It’s the hosting debut for Lizzo, and her second musical appearance. She’s been busy of late, with her Amazon series Watch Out for the Big Grrrls launching March 25.

The three-time Grammy winner is also prepping the release of her next album, Special, which streets July 15.