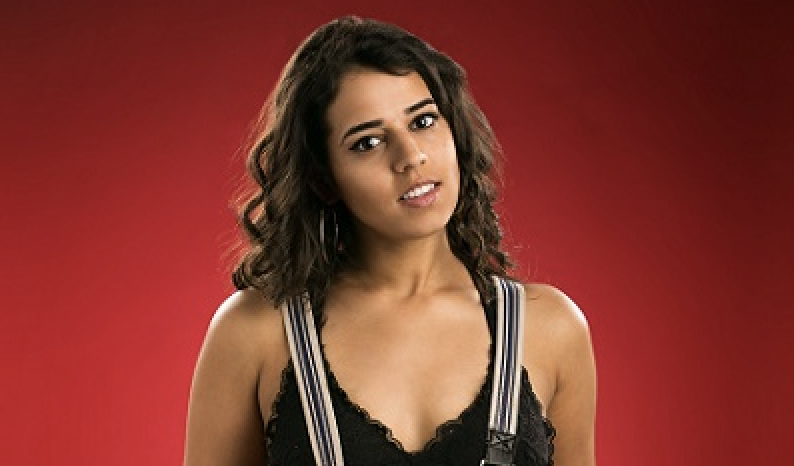 “If u saw me kick a guys ass after the show last night, I am sorry,” wrote comedian Kim Congdon on Twitter this weekend. “He sexually assaulted me after my set (and bragged about it on his way out), ruining an otherwise perfect night for me.”

Congdon — whose credits include Impractical Jokers, Stoned Science, Broad Topics on YouTube as well as her This Bitch podcast and appearances on big-name podcasts such as The Joe Rogan Experience and Kill Tony — was opening for Joey Diaz at Sony Hall in New York when, she told Deadline tonight, the incident took place.

“I had left my phone on a tripod near the sound booth and went to get it” after her set, Congdon said. That took her through the crowd. “The guy must have been walking back from the bathroom or something.”

While she did not originally describe the incident in detail, after a number of doubting replies from trolls on Twitter, Congdon made herself very clear.

“I can’t believe I have to say this,” she wrote, “but I would not tweet or make a fuss about someone grazing me by accident. I’m not out to get or accuse anyone. This man poked me in my vagina twice essentially trying to ‘finger me’ through leggings when I walked by” with her back to him.

“When it happened,” Congdon told Deadline tonight, “I was already walking the other way. When I turned around he literally pretended like he was blind.”

The incident occurred, she said, “Right when Joey [Diaz] was getting onstage and a lot of people were cheering and then the lights went down.” She lost track of the man in the darkness, but venue officials tracked him down.

“After they found him, I went and ID’d him,” said the comedian. And then they made him leave.

She wrote on Twitter, “He didn’t care he was being kicked out cause he said ‘at least I got to touch Kim’s p*ssy.’ “

Congdon noted to Deadline that “this happened on the same night they threw the beer at that girl,” Ariel Elias, at a comedy club in nearby New Jersey.

These are just the latest in a spate of attacks on comedians as they perform, beginning with Will Smith slapping Chris Rock at the Oscars, then Dave Chappelle being physically assaulted at the Hollywood Bowl, T.I. storming the stage in Atlanta and grabbing the mic away from a comedian poking fun at him and standup comic Sampson McCormick being slugged by an audience member during his show at the Win-River Resort & Casino in Redding.

“It’s really bad,” said Congdon this evening. “I’ve been doing comedy for 10 years and I’ve dealt with stalkers and all kinds of things. Unfortunately, this happened and my next thought was ‘This probably won’t be the last time.’ “