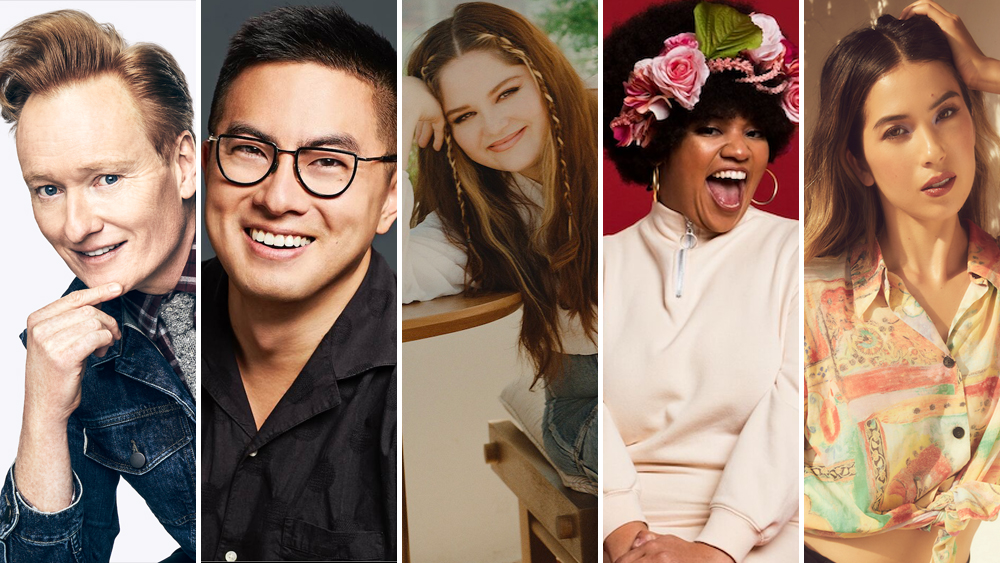 The recently-announced film currently in production in North Carolina tackles the story of three childhood friends who live and work together. The trio decides they don’t like where their lives are headed and set off to find gold treasure rumored to be buried in the nearby mountain. In addition to writing the screenplay, Marshall, Higgins and Herlihy are exec producing and leading the film, which SNL‘s Paul Briganti is directing.

One of entertainment’s most iconic voices, O’Brien’s path in comedy began when he served twice as the president of The Harvard Lampoon. He went on to become a writer and producer on series including Saturday Night Live and The Simpsons—until 1993, when NBC tapped him to take over as host of Late Night. Since then, he’s won four Emmys, seven Writers Guild Awards, and the People’s Choice Award for Favorite Television Host. He has hosted the Emmy Awards twice and performed at the White House Correspondents Dinner for two presidents. In 2010, his live comedy tour was the subject of the documentary Conan O’Brien Can’t Stop and led to a second multi-city stand-up tour in 2018. In 2021, he concluded his 11-year run with Conan on TBS, solidifying his 28-year career as one of the longest tenures in late night history. His Emmy-winning series, Conan Without Borders, has visited 13 countries, and his podcast Conan O’Brien Needs a Friend currently has over 312 million downloads following its 2018 launch. His award-winning digital brand, Team Coco, which spans across digital and branded content, live events, merchandise and comedy specials, was recently acquired by SiriusXM.

Yang is an Emmy-nominated SNL cast member who can currently be seen in Hulu’s Fire Island, and will next be seen in Universal’s groundbreaking gay rom-com Bros, which is slated to make its world premiere at the Toronto Film Festival.

Stalter is best known for her breakthrough performance as Kayla on HBO Max’s Emmy-winning series Hacks, which has been renewed for a this season. She’s also a writer and producer who is in development on Church Girls—a series that she created and will exec produce for HBO Max. Also coming up for the multi-hyphenate is the indie dark comedy Cora Bora from director Hannah Pearl Utt.

X Mayo is an Emmy-nominated actor and writer known for her contributions to The Daily Show with Trevor Noah, who is also a series regular on NBC’s American Auto. She has previously featured in the critically acclaimed A24 film The Farewell starring Awkwafina, as well as Netfilx’s Finding Ohana.

Sakura can currently be seen starring opposite Rebecca Rittenhouse on the Hulu comedy Maggie, which premiered earlier this month. She previously played Cheyenne on NBC’s hit comedy Superstore, which finished its six-year run last year. Other credits include a major recurring arc on the Showtime series Shameless, as well as work on the features Project X, Man Up and Teenage Cocktail.