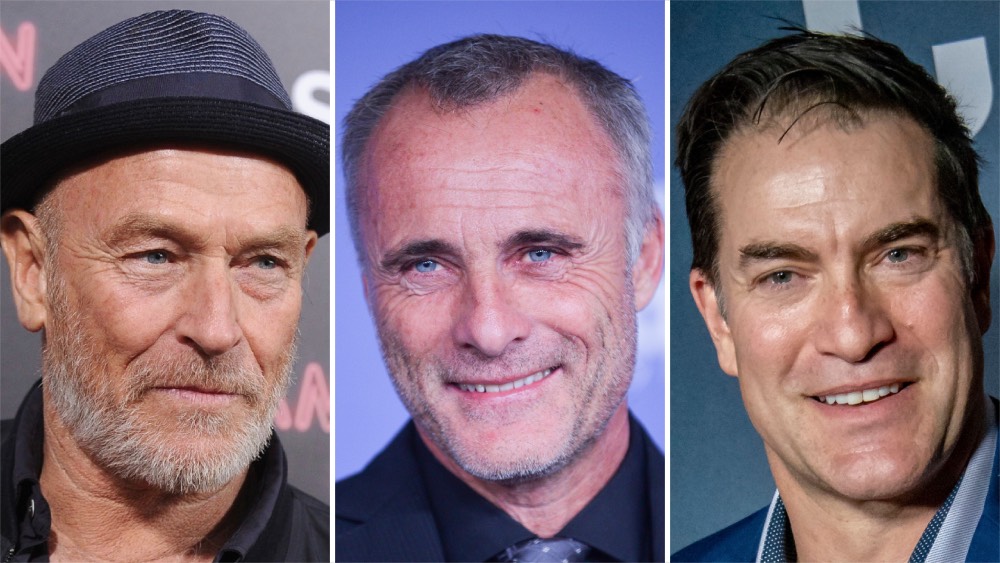 EXCLUSIVE: Corbin Bernsen (Showtime’s City on a Hill), Timothy V. Murphy (TNT’s Snowpiercer) and Jeremy Holm (House of Cards) have signed on to star in the horror film HERD, from director Steven Pierce.

The indie co-written by Pierce and James Allerdyce tells the story of a woman who ends up trapped between a zombie outbreak and warring militias as she tries to outrun her past. Pierce is producing HERD as the inaugural feature under his newly-minted FP banner, alongside Allerdyce, Lori Kay, Matt Mundy and Bret Carr. Production will commence in Missouri early next month.

Bernsen is a two-time Emmy and Golden Globe nominee perhaps best known for Arnie Becker on 20th Television’s LA Law, who recently signed on to reprise the role in an ABC revival. The actor can currently be seen on Showtime’s City on a Hill and will also soon be seen on HBO’s The White House Plumbers. He’s also featured in such series as The Resident, Magnum P.I., The Punisher, Hap and Leonard and Psych, among many others. Notable film credits include The Big Year, Kiss Kiss Bang Bang, Radioland Murders and Major League.

Murphy has appeared in series including S.W.A.T., Snowpiercer, L.A.’s Finest, The Man in the High Castle, Quantico, Westworld, The Bastard Executioner, True Detective, Grace and Frankie and Sons of Anarchy, among others. He’s also previously featured in such films as In Full Bloom, The Lone Ranger, MacGruber and National Treasure: Book of Secrets.

Holm is perhaps best known for turns in Netflix’s House of Cards and USA Network’s Mr. Robot. He’s also appeared in series including The Good Fight, Prodigal Son, Madam Secretary, Blue Bloods, The Blacklist, Limitless and The Americans, and in such films as The Block Island Sound, Still Here and The Judge.

Bernsen is represented by A3 Artists Agency and Randy James Management; Murphy by Buchwald; and Holm by Buchwald and FP Artists.

EXCLUSIVE: Bianca Santos (The CW’s Legacies) has signed on to produce and star alongside Oliver Rayon (Room for Rent) and Jaqueline Fleming (The Quad) in the indie feature Stronghold, from writer-director Julia Camara (In Transit).

Set in a post-apocalyptic world, the film tracks a mother and daughter’s struggle to survive, when the arrival of a stranger threatens to shatter the simple life they’ve built for themselves. Santos, Rayon and Fleming are producing alongside Erika Doss.

Santos recently starred alongside Mischa Barton and Seamus Dever in the crime thriller Invitation to a Murder and recurs as Maya on the CW fantasy series Legacies. Additional credits include The Fosters, Happyland, Ouija and The DUFF. Santos is repped by The Rosenzweig Group, Global Artists Agency and Ginsburg Daniels Kallis.

EXCLUSIVE: Kevin Ryan (BBC America’s Copper) has been tapped for the lead role in the period drama, Lost Nation, from writer-director Jay Craven (Where the Rivers Flow North).

The film set in the late 1700s follows several stories of war, brutality, loss, and a fight for freedom. We encounter Ethan Allen (Ryan) and his tumultuous journey into the fight for America, and the fight for Vermont. Elsewhere, we witness the journey of the Prince family, free from slavery and out to begin a new life in the town of Guilford – where they soon discover that their fight is far from over. All the while, we keep up with the nation’s founding fathers as they figure out how best to fight for their country. Chaos ensues, lives are lost, and the fight for freedom barrels on.

Ryan’s Ethan was a Vermont founding father and leader of the Green Mountain Boys militia, whose capture of Fort Ticonderoga in 1775 marked the first offensive victory in the American Revolution. Elena Greenlee (Dirty Hands) is producing the feature, which is currently in production in Nantucket and Vermont.

Ryan first garnered attention while starring on BBC America’s period drama series Copper from creators Tom Fontana and Will Rokos. The actor will next be seen opposite Jane Seymour on the Acorn TV series Harry Wild and has also appeared on series including Acorn TV’s The South Westerlies, NBC’s The Blacklist, ABC’s Once Upon a Time, Freeform’s Guilt, NBC’s Crossbones and History Channel’s Sons of Liberty.

Ryan is represented by ROAR, Singular Talent and Hirsch Wallerstein  Hayum in the U.S. and by United Agents in the UK.