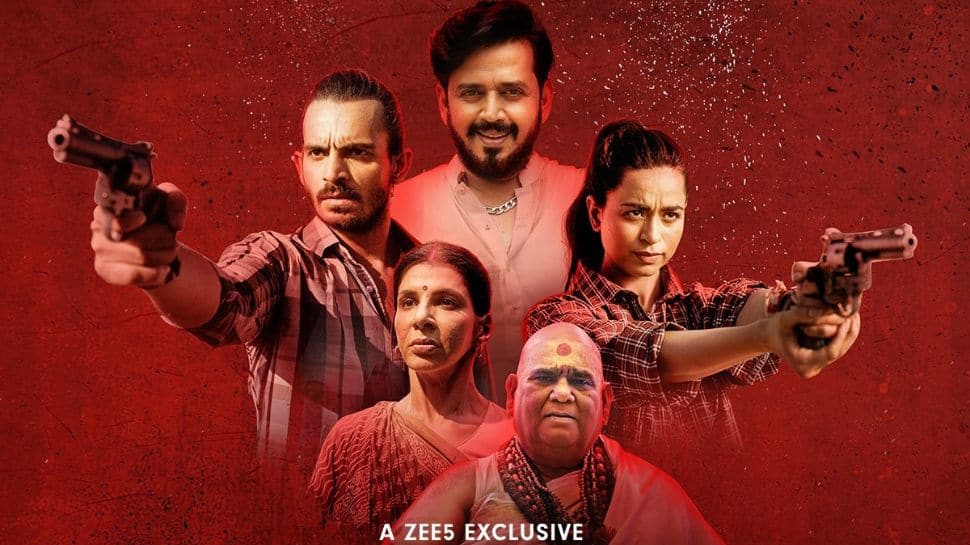 Ajay (Anshumaan Pushkar) and Nannu (Soundarya Sharma), who were studying abroad to become IAS officers, are the subjects of the political retribution thriller ‘Country Mafia.’ But circumstances force them to alter their plans and go on a vengeance rampage against Babban Rai, the largest liquor baron in Bihar (Ravi Kishan). The siblings are motivated by their mother’s (Anita Raaj) fierce vengeance against Babban for killing both their father and husband. Through compelling storytelling and engaging characters, the program promises to give viewers a glimpse into the world of the liquor mafia in the Hindi heartland.

The series, which is produced by Gold Harvest Film, is aptly titled ‘Chadega Khoon Ka Nasha.’ Here is the trailer of the series:

Ravi Kishan who will lead the series said, “I am excited for my next Hindi Original series, Country Mafia. It is a genre which I love and watch myself and it is with talented actors like Soundarya Sharma, Satish Kaushik, Anshumaan Pushkar and Anita Raaj so I am looking forward to its premiere on 18th November. For all the lovers of crime, politics and drama, add this to your binge-list!”.

Satish Kaushik, talking about the mafia series said, “I look forward to OTT projects because they let you know explore the characters in-depth. ‘Country Mafia’ is going to keep the viewers hooked because it is pulpy, exciting and engaging. I hope that it reaches a wide audience since it is available for free and that it appeals to the lovers of this genre”.

Producer, Balendu Dixit while talking about the series said, “We have put in a lot of effort in making ‘Country Mafia’ with the support of a supremely talented cast and crew and I hope that the audience enjoy this thrilling revenge drama which is inspired by the many heartland stories. Also, I am thankful to ZEE5 for making this series available for free to its viewers and for encouraging storytellers like us”.

Gold Harvest Film Partner and Producer, Deepak Gupta said, “It is a dream come true moment for any budding producer to have the support of such a talented ensemble cast and to be backed by ZEE5. We are really thankful to ZEE5 and to the wonderful team of cast and crew members for supporting our vision”.

The series ‘Country Mafia’ is all set to release on the 18th of November.