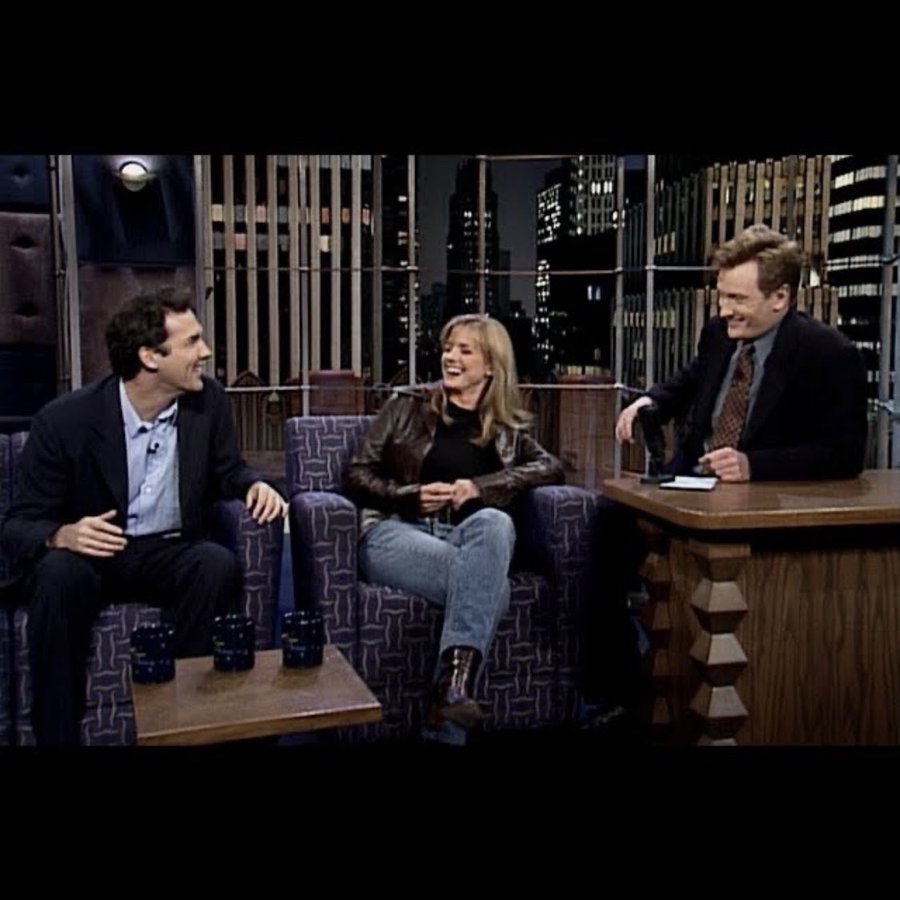 One of the most memorable riffs by comic Norm Macdonald was his classic rips at Melrose Place star Courtney Thorne-Smith’s choice of films on a 1997 edition of Late Night With Conan O’Brien.

Macdonald took off on Thorne-Smith’s then-upcoming film with Carrot Top, Chairman of the Board.

“If it’s got Carrot Top in it, do you know what a good name for it would be? Box Office Poison,” Macdonald said, drawing a huge laugh from the crowd. He later topped himself: “I bet the ‘Board’ is spelled ‘bored.’”

Thorne relived those moments on Friday as a guest on an episode of Inside Conan: An Important Hollywood Podcast, which is hosted by former Conan writers Mike Sweeney and Jessie Gaskell. The moment on the couch was revived when Macdonald unexpectedly passed away in September, circulating on social media as fans sought comfort in his talents for their loss.

“So when Norm started going, it just felt like a relief to me … because that was not a project of great pride for me,” Thorne-Smith said on the podcast. “And I had to promote it. I was so happy when Norm took it and ran with it because I didn’t know what to say. It was a gift. I was beside myself, I was so happy.”

Thorne-Smith claimed she was looking for a change after the heavy drama of Melrose Place.

“It is one of those things — [the script] read as funny. I had high hopes for it,” Thorne-Smith said. “The experience wasn’t great, and I thought, ‘This is not going to be what I hoped.’”