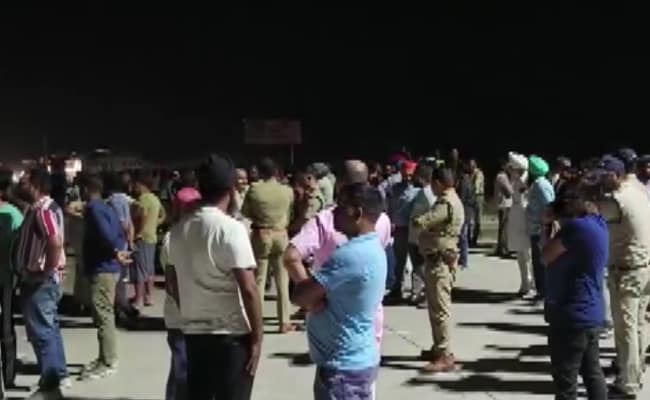 In the clash, the wife of a local BJP leader was killed and five others were injured.

The Uttar Pradesh Police has arrested a wanted member of a sand mining mafia after a brief encounter in Moradabad district, days after it had made an unsuccessful attempt to nab him from Udham Singh Nagar district of neighbouring Uttarakhand during which a local BJP leader’s wife was killed.

Zafar, arrested from Kalisa Road in the Pakwarha police station area of Moradabad on Saturday, suffered a bullet injury in his leg in the encounter and was hospitalised.

Senior Superintendent of Police Hemant Kutiyal said Zafar was riding a motorcycle and opened fire on a police team when asked to stop. The police team fired in retaliation and subsequently caught him.

The police had announced a reward of Rs 1 lakh on information leading to his arrest. The cash reward was increased from Rs 50,000 after the episode in Uttarakhand.

An FIR was lodged against Zafar at Thakurdwara police station of Moradabad after he and his associates assaulted a team led by Thakurdwara Subdivisional Magistrate Parmanand which was inspecting dumpers carrying sand on the Uttarakhand border on September 13.

The police made an attempt to arrest Zafar and his associates from Bharatpur village of Udham Singh Nagar district in Uttarakhand on October 12 night, but a clash broke out between the police team and villagers.

In the clash, the wife of a local BJP leader was killed and five others, including four Uttar Pradesh Police personnel, were injured.

Several police personnel were also held captive by villagers in Bharatpur and were freed following the intervention of senior police officials.

The Moradabad police later registered a fresh FIR against Zafar and 30 villagers at Thakurdwara police station.

According to the police, Zafar is a member of a mafia involved in transporting sand from Uttar Pradesh to Uttarakhand.