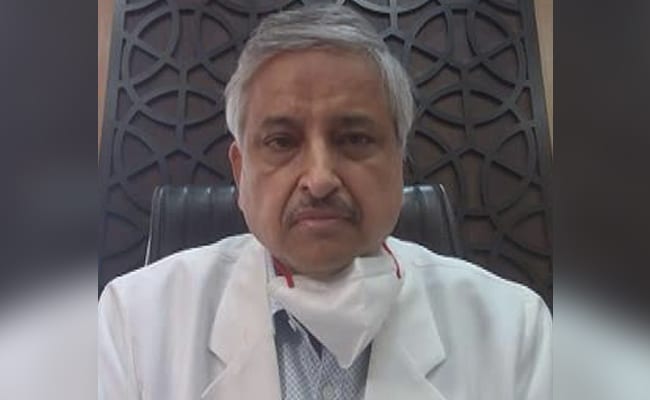 In a closed atmosphere, even one infected person can infect everyone, said Dr Randeep Guleria

Dr Randeep Guleria — chief of the prestigious All-India Institute of Medical Sciences — today emphasised the need for good cross ventilation indoors in view of new research findings that Covid spreads through air and not through droplets as was initially supposed. A new article in medical journal Lancet has said the evidence that the virus is airborne is overwhelming and the safety protocol against it should be tweaked accordingly.

Speaking to NDTV in the backdrop of a massive second surge of Covid that’s registering more than 2 lakh fresh infections daily for the last four days, Dr Guleria said the virus has less of a chance spreading outdoors than indoors. In summer it is important to open all windows and have good cross ventilation, he added.

“Your room should be very well ventilated. There should be good cross ventilation. Better to not have crowds or a meeting in a closed room,” Dr Guleria told NDTV.

In a closed atmosphere, even one infected person can infect everyone, he said.

“It is not that even if a person sits 10 meters away from a person who is positive, you cannot get infected. Because aerosol can travel a longer distance and if a person coughs or sneezes, it can even be much longer,” added Dr Guleria, who is a key member of the government’s Covid task force.

Explaining the specifics of the mode of infection, he said an aerosol infection is vastly different from the droplet transmission.

Droplets are particles bigger than 5 microns and they cannot travel very far. At the most, they travel two meters and come to settle on the ground.

Supposing this to be the dominant mode of infection, emphasis was laid on cleaning surfaces, wearing gloves and staying 2 meters away from the next person.

But in aerosol transmission, particles are smaller than 5 microns and can travel a far longer distance.

So if an infected person coughs and sneezes in a closed room, the virus may be present in the air even after he is gone,” Dr Guleria added, emphasising the importance of free air circulation.

That the coronavirus spreads through air was suggested by several groups of researchers last year, but the World Health Organisation leaned towards the droplet theory and later conceded that the virus can be airborne only in small closed rooms.

Last week, a new assessment published in Lancet said there is “consistent, strong evidence” that the SARS-CoV-2 virus is predominantly transmitted through the air.

“It is urgent that the World Health Organization and other public health agencies adapt their description of transmission to the scientific evidence so that the focus of mitigation is put on reducing airborne transmission,” said Jose-Luis Jimenez, a chemist at the Cooperative Institute for Research in Environmental Sciences and the University of Colorado Boulder.

Asked about the importance of wearing a double mask in view of the highly infectious mutant strains, Dr Guleria said it is not necessary if an N-95 mask is being used.

It is also important, he said, that a mask is worn correctly. There should be no gap between the mask and skin towards the cheeks or chin.

A mask has to form a seal around your nose and mouth,” he added.