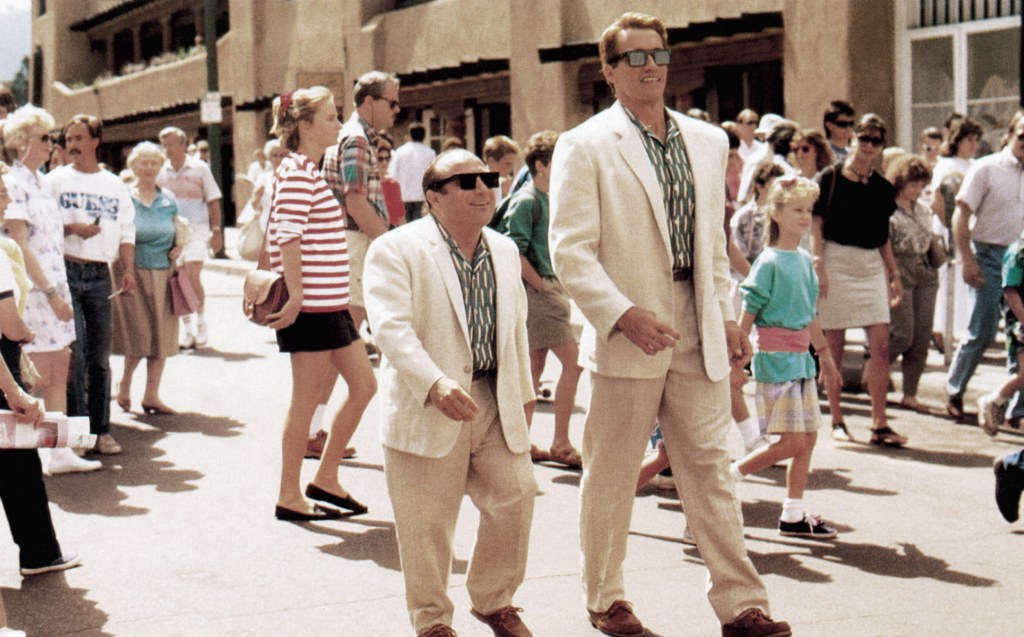 FXX’s Little Demon will host a Twins reunion between Danny DeVito and Arnold Schwarzenegger. The news was announced during the animated series’ SDCC panel on Friday.

“Yes, I did. I got to be there when he recorded,” series’ executive producer and star DeVito, who plays the devil himself, confirmed during the presentation. “He’s wonderful in Little Demon; he’s very strong. We’re good buddies, we’re very, very close. We’re thrilled he will be part of our show. Sometimes you gotta lean on your friends to appear in your shows.”

Created by Darcy Fowler, Seth Kirschner, and Kieran Valla, in Little Demon, 13 years after being impregnated by the Devil (DeVito), a reluctant mother (Aubrey Plaza) and her Antichrist daughter (Lucy DeVito) attempt to live an ordinary life in Delaware, but are constantly thwarted by monstrous forces, including Satan, who yearns for custody of his daughter’s soul.

“It’s a great opportunity to play a demonic character. I never get to do that,” DeVito said with a laugh. “I think you’re gonna find that in the show Satan is really a good guy. The guy was deprived of his spawn— who is a girl— but of course, I thought it was gonna be a boy. But the future is female.”

Other voices include Eugene Cordero in the role of Chrissy’s best friend “Bennigan;” Lennon Parham recurring as Laura’s neighbor “Darlene,” and Michael Shannon recurring as the “Unshaven Man.”

The series premieres with two episodes airing back-to-back on Thursday, August 25 beginning at 10p ET/PT on FXX, streaming the next day via Hulu.