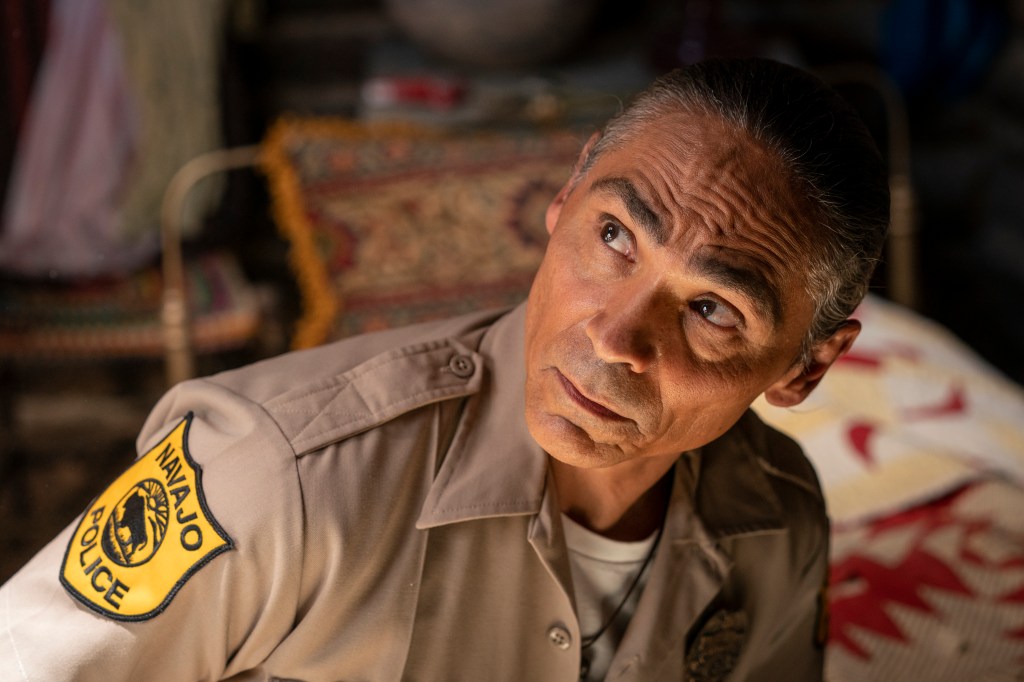 Dark Winds, the Native-led Western noir crime thriller, will be back for a second season.

AMC and its sister streaming service AMC+ have renewed the drama series, which stars Zahn McClarnon, and it will return for another six-episode run next year.

It comes after the series, which is produced by AMC Studios, draw 2.2M viewers on AMC for its June 12 launch in live+3 ratings, making it the number five cable drama premiere of the current season. The company said it was also the number one new series launch in AMC+ history.

Set in 1971 on a remote outpost of the Navajo Nation near Monument Valley, Dark Winds follows Lieutenant Joe Leaphorn of the Tribal Police, played by McClarnon, as he is besieged by a series of seemingly unrelated crimes. The closer he digs to the truth, the more he exposes the wounds of his past. He is joined on this journey by his new deputy, Jim Chee, played by Kiowa Gordon. Chee, too, has old scores to settle from his youth on the reservation. Together, the two men battle the forces of evil, each other and their own personal demons on the path to salvation.

The series, which has been drawing rave reviews for its portrayal of Native people on television, is based on the Leaphorn & Chee book series by Tony Hillerman.

The first season focuses primarily on the book The Listening Woman, with elements of People of Darkness and the production worked closely with the Navajo Nation. With special permission, 70% of Dark Winds was filmed on tribal lands at Tesuque Pueblo in New Mexico, using their facility Camel Rock Studios. Another 30% of the series was filmed on tribal lands at Cochiti Pueblo, also in New Mexico.

“This once-in-a-lifetime creative team and cast have delivered something truly special with Dark Winds,” said Dan McDermott, president of entertainment and AMC Studios for AMC Networks. “We can’t wait to share the rest of this thrill ride of a first season with the fans and follow Joe Leaphorn and Jim Chee into a second season on AMC and AMC+ next year. Overwhelming gratitude to our entire production team and a special thanks to executive producers Robert Redford, George R.R. Martin, Chris Eyre and of course Zahn McClarnon, who also leads the cast and brings humanity, authority and the wisdom of richly lived experiences to everything he does.”

Previous articleFIH Pro League: Indian Women Beat USA 4-2
Next articleIsabel Sandoval Discusses Under The Banner Of Heaven And What It Means To Be An Auteur Director – Deadline
LocalTakSabse Tez