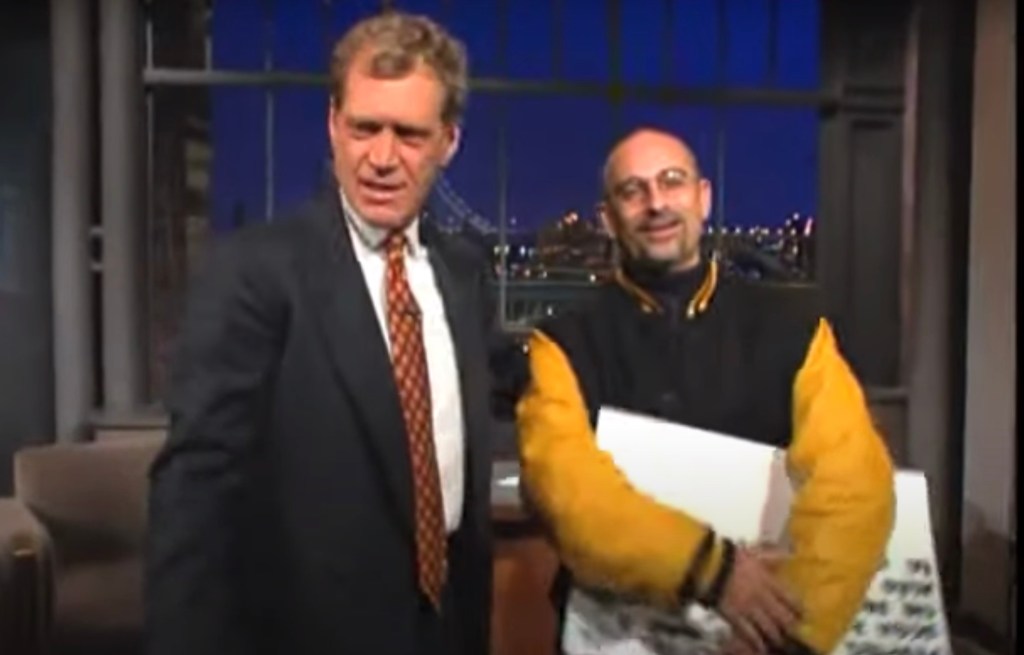 Tony Mendez, a cue card handler who became a popular member of David Letterman’s onscreen gang of real-life characters, died July 29 at his Miami Beach home. He was 76.

His death was confirmed by former companion Andrew Corbin to The New York Times. A cause was not disclosed.

Mendez, born in Havana, Cuba, was among the Late Show With David Letterman staffers who became regular onscreen presences and even stars in their own right, a roster that also included stage manager Biff Henderson, announcer Alan Kalter and assistant Stephanie Birkitt.

During his 21-year Late Show tenure in the role Letterman dubbed “cue card boy,” Mendez even hosted a popular series of online videos, called The Tony Mendez Show, for the Late Show website. Mendez had occasionally handled cue cards for Letterman during the earlier NBC Late Night With David Letterman era, taking over the role full-time when the host moved to CBS in 1993.

Mendez’s time with the show came to a widely reported end in 2014 when he physically assaulted Bill Scheft, one of Letterman’s writers. According to news reports at the time, Mendez and Scheft had been arguing over a cue card change, and the following day Mendez approached the writer, grabbed his shirt and shoved him against a wall. Mendez was fired from the show seven months before Letterman himself signed off.

In an email to The New York Times upon Mendez’s death, Scheft wrote, “It was an unfortunate way to end his time at the show, and a sad way to end a 22-year friendship.”

For nine years prior to his years with Letterman, Mendez handled cue cards for Saturday Night Live. Earlier in his career, Mendez trained and worked as a dancer, and danced on Broadway during the 1970s and 1980s in productions including Pippin and Irene, among others.