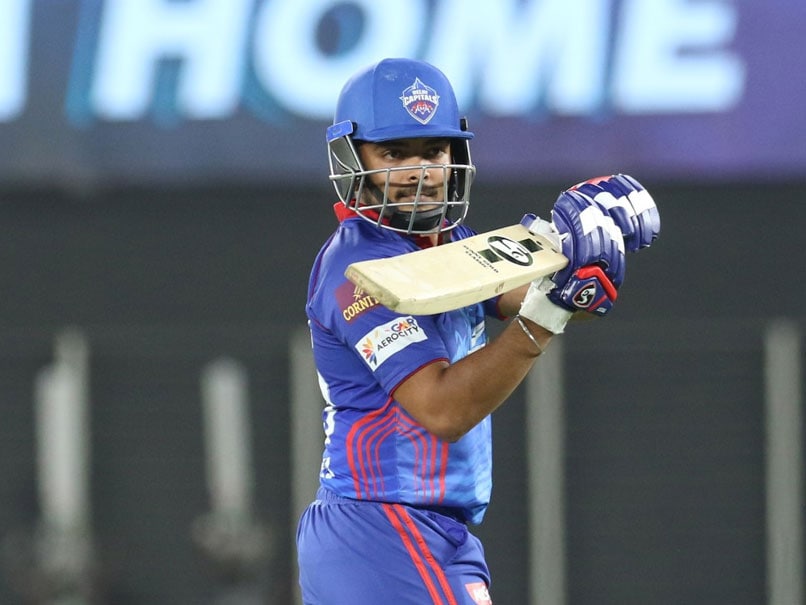 Opener Prithvi Shaw smashed six fours in the first over in a stunning batting display on his way to a blistering 82 as Delhi Capitals (DC) crushed Kolkata Knight Riders (KKR) by seven wickets in the Indian Premier League (IPL) in Ahmedabad on Thursday. Chasing 155 for a win, Shaw sent all the six legal deliveries from opening bowler Shivam Mavi to the boundary, driving, punching and sweeping at will. Mavi’s first delivery saw Dinesh Karthik diving full-length to his left to take a fine catch only to find later that it was a wide ball. Shaw then sent all the next six balls to the fence one after the other.

Shaw shared a 132-run stand for the first wicket with senior partner Shikhar Dhawan (46 off 47 balls), who played second fiddle throughout, as the duo annihilated the KKR bowlers.

The 21-year-old Shaw reached to his fifty off 18 balls in the eighth over, his third half century of the season in his seven matches. He was dropped by Shubman Gill when on 55 off the bowling of Varun Chakravarthy as DC reached the 100-run mark in 10.2 overs without losing a wicket.

For KKR, lead pacer Pat Cummins finished with excellent figures of 3/24. This was DC’s fifth win in seven outings while KKR suffered their fifth loss in as seven games.

Earlier, KKR suffered another familiar batting collapse before late fireworks from Andre Russell lifted them to 154 for six after being put in to bat.

KKR were at a decent position at 69 for one in the 10th over but slumped to 82 for five in the 13th before Russell saved them with a 27-ball 45 not out. Russell’s blistering innings had two boundaries and four sixes.

Struggling opener Shubman Gill top-scored with a 38-ball 43, and his knock was studded with three boundaries and one six, but he failed to convert his solid start into a big score.

For DC, Axar Patel and Lalit Yadav were impressive with two wickets. KKR were 45 for one at the end of powerplay overs after Nitish Rana was stumped out for 15 in the fourth over bowled by Axar.

Gill was going strong as he took on Ishant Sharma and Axar by hitting a few boundaries but lost Rahul Tripathi to Marcus Stoinis in the 10th over.

KKR’s familiar batting slump came to the fore as captain Eoin Morgan and Sunil Narine both got out in the space of three balls without opening their accounts.

Lalit, who replaced an injured Amit Mishra in the DC playing XI, grabbed both the wickets as KKR slumped from 69 for 1 in the 10th over to 75 for 4 in the 11th over.

Morgan holed out to Steve Smith at long-off while Narine was castled by a quick off-break from Lalit, which disturbed his stumps.

Gill, who is yet to score a half century in seven innings this season, went for a big shot off a slower ball from Avesh Khan, only to hole out to Smith in the 13th over.