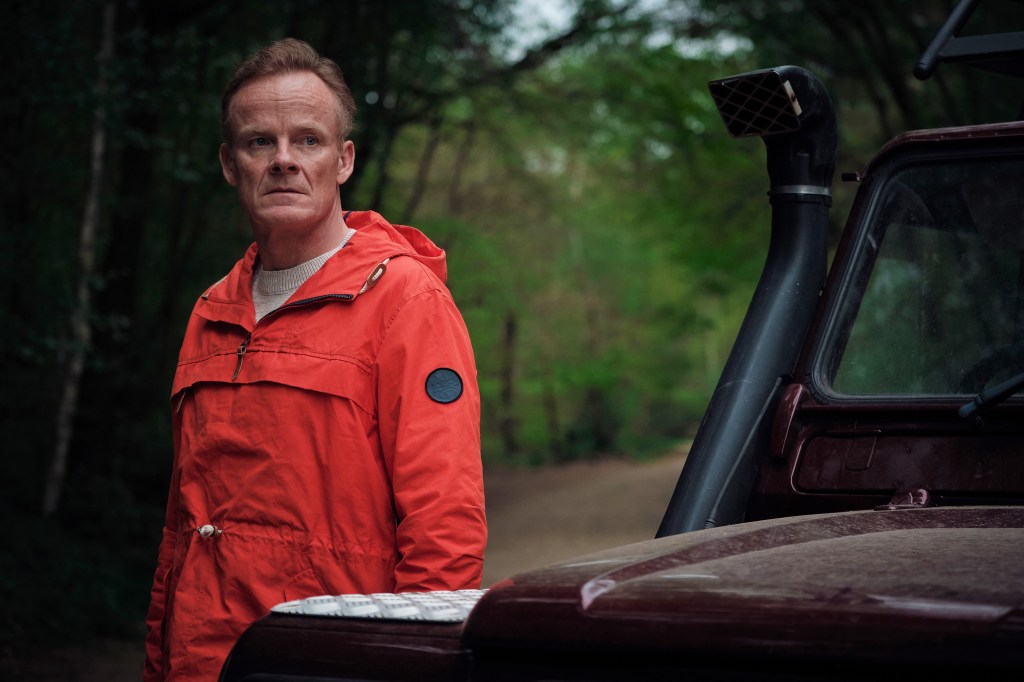 When you’re deep in among the cocktail parties and dinners or meeting up with much missed contacts at Mipcom this week, it might be easy to forget why everyone is there: the shows. To help you remember, we bring you Deadline’s The Hot Ones, our guide to some of the best TV being sold in Cannes in 2022. You may hear whispers along the Croisette about the next big global hit, and The Hot Ones is our pick of a wealth of programing, featuring some of the biggest names in television from the top players in distribution.

The Following Events Are Based on a Pack of Lies

As the cameras were preparing to roll for BBC drama The Following Events Are Based on a Pack of Lies, a plethora of jaw-dropping conman docs dropped on Netflix to much acclaim.

The timing of the release of the likes of The Tinder Swindler, The Puppet Master and Inventing Anna was purely coincidental, says Following Events exec Alice Tyler, but should lend the five-part series a lot of interest from audiences when it debuts next year.

This “universal experience” gives Tyler hope that the show will perform well outside of the UK and she is particularly confident that buyers in the U.S. will bite. Along with Blue Lights, Six Four and The Consul, distributor BBC Studios is pushing The Following Events Are Based on a Pack of Lies hard at this year’s Mipcom.

From the minds of playwright Penelope Skinner and her sister, the graphic novelist Ginny Skinner, the show stars Sex Education’s Alistair Petrie as Rob, a conman who traps two women, Cheryl (Marianne Jean-Baptiste) and Alice (Rebekah Staton), in a triangle of epic proportions.

The show is produced by Chernobyl and The Power outfit Sister and it exhibits themes of lying, weakness and the rapid ascent of the modern fraudster, amongst others.

Scripts arrived at Petrie’s house just an hour after he’d finished watching Netflix’s The Puppet Master, about British conman Robert Hendy-Freegard. Petrie says that doc “opened up this world of identifying individuals and spotting whether they had appeared in one’s own life at some point.”

He also read Minna Lyons’ The Dark Triad of Personality: Narcissism, Machiavellianism, and Psychopathy in Everyday Life to prepare and was given an enormous background document penned by the Skinners on his character’s past.

Having worked on an eclectic mix of Sister projects, the show came about through the company’s desire to work with the Skinners, says Tyler, and their image-driven, graphic novel-led approach comes at a time when similar shows such as Netflix’s Heartstopper are garnering worldwide acclaim.

“So much of what you see on screen is visual and that all started in the writing process,” adds Tyler. “We’re constantly looking for new sources and amazing shows come from these worlds. A visual world can really set uniqueness and tone.”

The writers and producers also looked to the thrillers of the 1980s and 1990s for inspiration, as well as playfully skewering the genre for introducing colorful terms such as ‘bunny boiler’ into the everyday lexicon.

Oscar-nominated producer Indigo Film and All3Media International were seeking a zeitgeisty young adult show to hit the market and the world of gymnastics sprung out at them.

Coming-of-age thriller The Gymnasts centers on a team of elite teenage athletes as they compete at an international tournament high up in the snowy, atmospheric Italian mountains. So far so good, but as tensions and obsessions begin to escalate within a team desperate for victory, a competitor suddenly dies, and the police suspect murder. The Gymnasts’ director is Cosima Spender ( SanPa: Sins of the Savior) and the writing team includes Chiara Barzini (Arianna), Ilaria Bernardini and Ludovica Rampoldi (Exterior Night, The Traitor, Gomorrah), the author of the novel from which the show is adapted.

The thriller comes just a few months after a translated version of the book is due to be released in the UK and this will no doubt help drum up interest.

“We felt the focus on the experiences of young women in the gymnastics sporting arena would have broad appeal,” he adds.

Women’s gymnastics has hit the headlines in recent years for all the wrong reasons after U.S. team doctor Larry Nassar was convicted of sexually assaulting hundreds of children and young women, but Driscoll says the focus is more on young women competing in sport, which has also been popular of late. “People are incredibly interested in power dynamics and these will play out in the drama.” The show has an interesting co-production model, having been financed by Paramount+ for territories including Italy, France, Canada, South Korea, Australia and Latin America, along with public broadcasters Rai and ZDFneo, who take second window.

“The SVoDs have been great on YA but traditional broadcasters have been caught on the backfoot, so it’s great that we’ve managed this funding model,” says Driscoll.

As Paramount+ already holds rights in numerous territories, All3 is mainly targeting the U.S., Scandinavia and Iberia, with buyers set to be shown the first two episodes at Mipcom. Given its co-production model, Driscoll believes the show will work equally well on a linear broadcaster, SVoD platform or pay-TV network.

All3 is set for a busy Mipcom and is also taking high-end Emily Blunt-starring Hugo Blick Western The English and psychological adventure reality The Unknown to the Croisette.