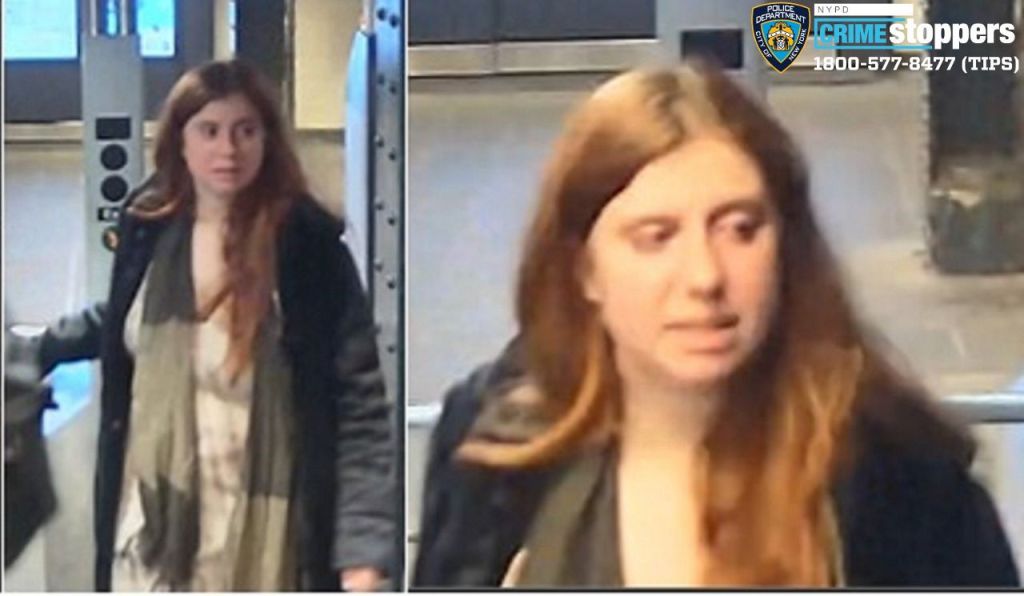 The death last week of Broadway singing coach Barbara Maier Gustern has been classified by New York police as a homicide. Her attacker, who shoved the elderly Manhattan resident from behind, remains at large.

Gustern, 87, was heading toward a cab outside her Chelsea apartment on the evening of March 10 when she was pushed to the ground in what police believe to have been an unprovoked attack by an apparent stranger. Gustern suffered severe head trauma and soon went into a coma. She died at New York’s Bellevue Hospital five days after the attack without regaining consciousness.

The NYPD Crime Stoppers has released photos from surveillance footage near Gustern’s W. 28th Street apartment. The suspect in the photos has long auburn-colored hair and is wearing a black jacket or coat, a white dress and a long scarf. (See the photos above.)

Gustern, a singer and vocal coach whose students included Blondie’s Debbie Harry, avant-garde performer Diamanda Galas and the cast of Daniel Fish’s acclaimed 2019 Broadway revival of Oklahoma!, was a longtime fixture on the downtown cabaret scene. She was on her way to the Public Theater’s Joe’s Pub venue to watch the performance of a student on March 10 when she was shoved to the ground.

Gustern’s funeral is scheduled for Saturday, March 26 at 2 p.m. ET at the Church of the Holy Apostles in Manhattan’s Chelsea neighborhood. Gustern was a frequent volunteer at the church’s soup kitchen.