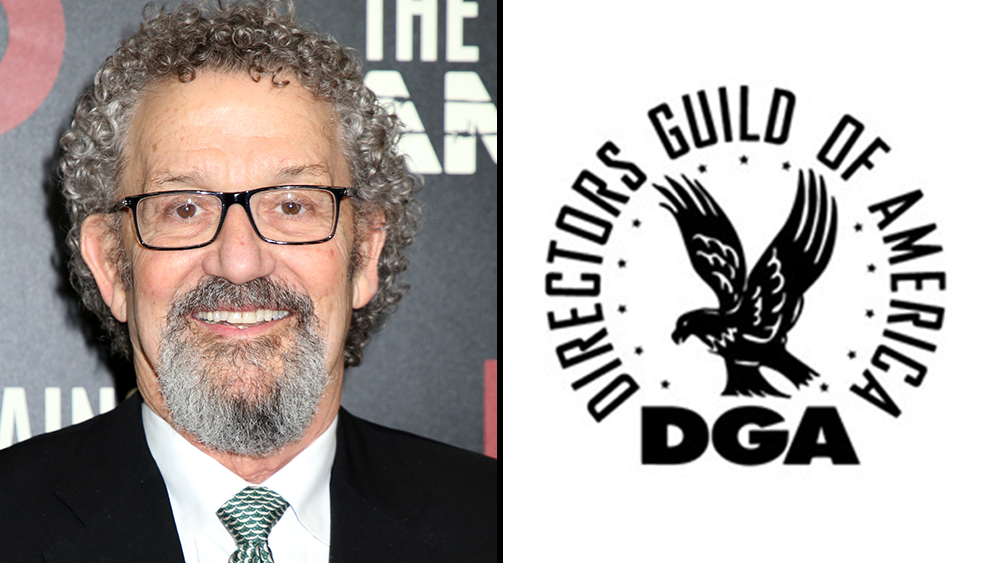 Thomas Schlamme will be stepping down as president of the DGA when the guild convenes its biennial convention on September 18. In a heartfelt farewell address to the DGA’s members, he looked back on his four years in office, and forward to new leadership as the industry emerges from the pandemic, which he, in no small part, helped get back on its feet.

“I will be stepping down at our upcoming Biennial Convention – and look forward to a new voice leading us,” he said in his farewell address, which was sent out to members and is on the DGA website. “And though this letter is a goodbye of sorts, more than anything it is filled with gratitude to this sacred institution of folks standing up for one another.”

First elected to a two-year term in 2017, Schlamme said that “beginning my first term, we celebrated our historic 2017 negotiations, where we achieved a tripling of made-for-SVOD residuals at a crucial inflection point of major technological change. And right at that moment, there was also long overdue social change afoot with the powerful voices of #MeToo. Just as we had always fought for our creative and economic rights – so too did we fight for our members’ right to go to work and be safe and free from harassment.

“In my second term, our Negotiations Committee consisting of more than 70 members from all categories and regions, co-chaired brilliantly by Jon Avnet and Todd Holland, secured a strong new contract. We achieved another leap forward in made-for-SVOD residuals, as well as gains in wages, increased pension contributions, and much needed creative rights for TV directors.”

The guild had reached an agreement with the Alliance of Motion Picture and Television Producers for a new film and TV contract on March 5, “but there was unfortunately no time to celebrate,” he wrote. In less than two weeks, before the deal could even be ratified by the DGA’s members, the industry would go into full lockdown as the Covid-19 pandemic swept across the world.

“It was at this exact moment that the world as we knew it was turned on its head,” he wrote. “Overnight, we were faced with near total unemployment across our membership. As we contended with this unimaginable pandemic, the senseless murder of George Floyd ignited a powerful racial reckoning, and a clarion call for change not only in our nation but also within our Guild. There was no playbook for what we faced. But with our strong foundation beneath us, we looked deep within ourselves to meet these moments together.”

“To get this industry back up and running safely,” he wrote, “we worked with our professional staff and sister guilds and unions. So many dedicated members from all areas were a critical part of this process led by Steven Soderbergh and Paris Barclay. And I am proud to say, one year later, the visionary protocols we developed and negotiated for are the singular reason so many of our members are safely back to work.”

Those protocols, adopted last September, would make film and television productions among the safest places to work in the country, and return hundreds of thousands of people safely back to work.

“At the same time,” he noted, “we recognized that inclusion was about so much more than our longtime fight against employers’ biased hiring practices,” he told the guild’s members. “We heard from many of you about the painful issues endured – in the workplace and beyond – as you spoke out, challenging us to do the hard work. We began to do just that…together.

“These seemingly overwhelming challenges could never have been met without the enormous commitment of so many. I must thank our National Executive Director and Chief Negotiator, Russ Hollander. He has been in the trenches with me for the past four years, always listening, always learning and most importantly, always leading. We are a better Guild because of Russ, and his equally excellent professional staff who work tirelessly for our benefit.

“I want to thank my fellow officers throughout these past four years – Betty Thomas, Vince Misiano, Mary Rae Thewlis, Lesli Linka Glatter, Ron Howard, Jon Favreau, Brooke Kennedy, Laura Belsey, Bethany Rooney and Lily Olszewski – as well as our entire Board for their counsel that I rely on so much. That same appreciation extends to all the leaders across our six Category Councils and our many Committees. The most invaluable resource a person can give is their time, and I am always moved by the commitment and sacrifice made by these leaders. But mostly, I want to thank you” – the members.

Looking back to his youth, Schlamme recalled how movies and television shows sparked his imagination. “As a young adolescent in Houston, Texas, after Sabbath School, I would skip temple, take the bus downtown by myself to one of the grand movie palaces and slip into the darkness. These theaters were my temple – and even though I didn’t know the other audience members, we were bonded by our shared experience.

“There was one other place I got that special feeling…in my living room where we had our one television set. I would listen to my dad’s belly-laugh as he watched Hogan’s Heroes (who’d have thought a German Jew who fled Nazi Germany, returned as an American soldier, and helped liberate the camps would be the prime demo). I’d see tears roll down my mother’s cheeks, and occasionally my father’s as well (before he quickly covered them up), as we all watched Bonanza. These moments for me were indelible, evoking a sense of belonging, both to a community and to a family. And in my wildest dreams, I could not have imagined that I would one day be able to work on the other side of that magical world.”

Twenty years later, he found himself “standing in front of Martin Scorsese, mustering all of my courage to ask him to sign my application to officially join the DGA – and get my first cherished membership card. I didn’t really know Marty at the time, but I had an office near his and he graciously obliged. An equally indelible moment.

“As I joyously immersed myself in the work, I didn’t really understand the true meaning of that card. I didn’t realize there was a community of people that were protecting me. Brave members who fought for the fantastic wages that allowed me to build a living for myself and my family…the residuals that got me through down periods… my incredible healthcare… the security of a pension… and the creative rights I relied upon to bring my visions to life.

“That all changed when I met past president and Guild giant Michael Apted, who we sadly lost earlier this year. It is because of Michael that I first got involved in Guild service. At an innocent lunch, he asked me for help, and I took the bait. I remember looking at him back then, in awe of his commitment as he took on this full-time role of President, on top of his demanding full-time day job. But Michael knew something that I didn’t know yet. And as my second presidential term winds to a close, I too have come to find out that living up to the duty and honor of this very challenging position is also its greatest reward.”

Schlamme, who has won nine Primetime Emmys – including seven for The West Wing – has also won five DGA Awards, including the Robert B. Aldrich Award in 2017 for his service to the guild.

Reflecting on his journey, Schlamme says he was reminded of a quote from the book The Soul of America: The Battle for Our Better Angels, in which historian Jon Meacham writes: “What counts is not just the character of the individual at the top,” Meacham wrote, “but the character of the country, its inclinations, its aspirations, its customs, its thoughts, its attachments to the familiar and its openness to the new…”

Schlamme noted that “Though Meacham was talking about the country, those words ring just as true for us. We are 18,000 strong – with a collective character so suited to rise to the tremendous obstacles of our time.

“That is something we need now more than ever as the challenges on the horizon in this moment of transition only intensify. We will need to stand together to continue to embrace the familiar and be open to the new to keep our Guild strong for the future.

“I don’t doubt for a second that we have what it takes. But we need you. Speak up and be part of this diverse family. It is that collective, evolving character of ours to always learn, to always do better, and to always try harder that makes us who we are—unified, bold and unstoppable.

“The indelible emotions I felt looking at those screens many years ago never go away. They actually get stronger. Much like our Guild.”

Signing off, he said: “It has been my honor to serve. With gratitude.”