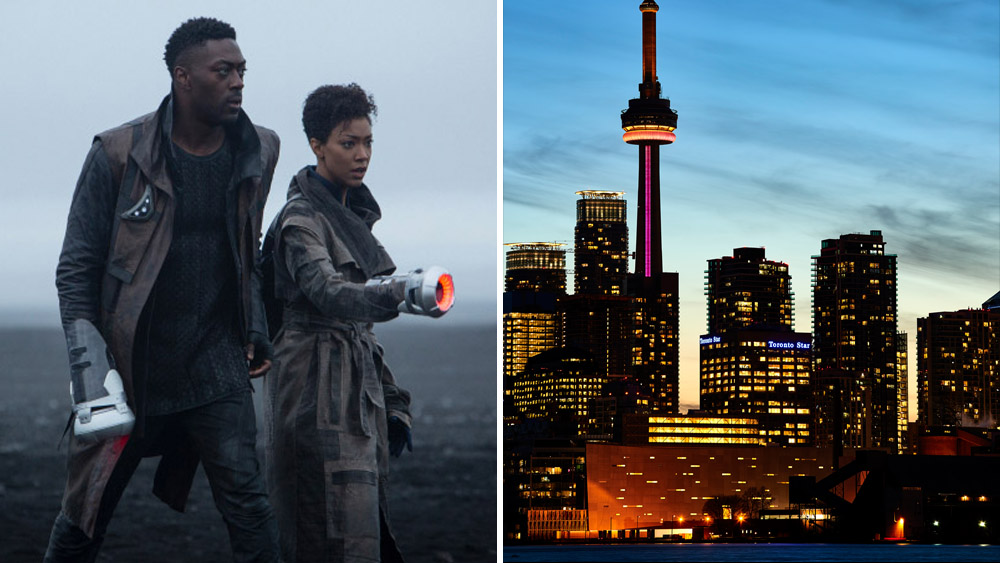 EXCLUSIVE: As the coronavirus infections surge in and around Toronto once again, Star Trek Discovery has hit the pause button on production.

Months into shooting its fourth season, the Sonequa Martin-Green-led series has shuttered for the next two weeks due to a contact that was a little too close for comfort for the CBS Studios production. The production officially halted yesterday. Which means, right now, Discovery is penciled in to turn the lights and phasers back on around May 6.

The decision to stop production came swiftly after a Zone A individual on Discovery came in close proximity earlier this week with someone who had tested positive for Covid-19.

The infected individual was unrelated to the show and the contact occurred away from Discovery’s Pinewood Studios set, I hear. The matter was detected through the contact tracing system widely employed in Canada’s largest city and elsewhere in the province of Ontario.

The Zone A individual has now gone into quarantine for 14 days.

Vitally important is the fact that the Zone A individual never returned to set after the contact with the coronavirus infection person happened. Under Covid safety protocols, Zone A refers to key cast and production members in direct contact with them

CBS Studios had no comment on the situation when Deadline reached out to the ViacomCBS-owned unit.

The remainder of Discovery‘s nearly 80-person production are not required to go into quarantine under local heath directives, But, the fact is Toronto is basically all under lock and Covid key right now anyway.

Though they film in Toronto too, fellow Trekverse series Strange New Worlds as well as the Silence of the Lambs spinoff Clarice are not affected by the Discovery shutdown. For one reason, both the other shows shot at other T.O. facilities from their Secret Hideout cousin.

While production has been allowed to continue overall, most Toronto businesses and locals have gone into lockdown again in the past two weeks as Covid cases has risen sharply. Across Ontario, there were 4,505 new infections in the past 24-hours, with Toronto providing most of those cases. With ICUs overwhelmed, today has proven the third-highest daily case period for Ontario since the pandemic started over a year ago.

Set to wrapped production in Toronto in June, Star Trek: Discovery Season 4 is expected to launch on Paramount+ in the fourth quarter of 2021.