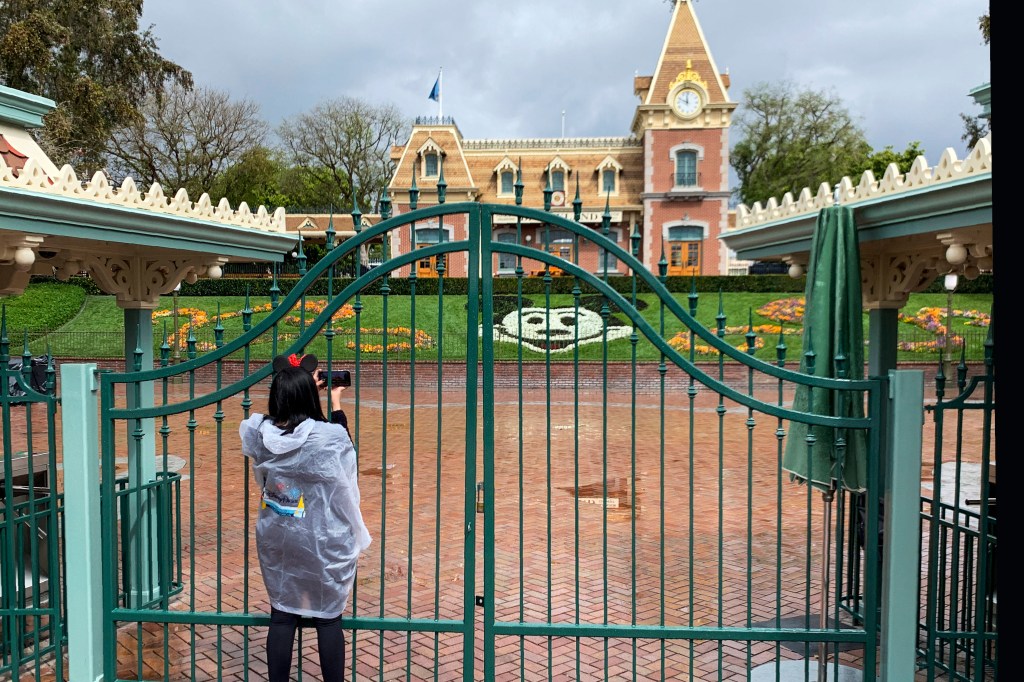 “Until further clarification from the State, only California State residents are allowed to visit Disneyland Resort theme parks.” That one-line statement to Deadline from a Disney spokesperson about the Anaheim parks says it all.

Southern California’s massive theme parks are in the process of reopening after more than a year of Covid-induced closures. Universal Studios Hollywood, Six Flags Magic Mountain in Valencia and Legoland in Carlsbad have already unlocked their gates.

Disneyland and Disney California Adventure Park will reopen April 30, while nearby Knott’s Berry Farm in Buena Park plans to open on May 6.

But the parks which, according to a trade organization, employ more than 135,000 workers and produce more than $14 billion in annual state commerce, are dusting off their attractions with more than a little uncertainty. After months of pleading from the industry, California health officials finally issued reopening guidelines in late March.

In the Orange tier of the state’s reopening plan — which includes all of Southern California — park operators are allowed:

But an “Addendum” to the reopening rules quietly released by the state last Friday seems to run counter to that final bullet point. While the original document’s language on amusement parks remains unchanged, at the bottom of the document, under the Addendum heading “Fully vaccinated visitors and spectators” is the following general bullet point:

The aforementioned CDPH Travel Advisory says fully-vaccinated non-Californians “should follow CDC travel guidance, and are not required to test or quarantine before or after travel unless they have symptoms concerning for COVID-19 disease.” The CDC guidance says, “People who are fully vaccinated with an FDA-authorized vaccine can travel safely within the United States.” Case closed, right?

So why is Disney waiting?

On Friday, Deadline learned from a California Department of Public Health source that the list of reopening rules which last Friday’s Addendum encompasses does not include indoor live events or concerts. What is impacted by that addendum on “activities or events” are movie theaters, museums, zoos and aquariums. Those seem much less event-y than concerts.

Given the dissonance, it’s understandable that Disneyland officials are cautious about reservations for out-or-staters. The stance is supported by the industry’s trade group, the California Amusement Parks Association. CAPA, while maintaining the Addendum does allow for interstate visitors, issued the following statement to Deadline that also allows for Disneyland’s stance:

Amusement parks’ responsible reopening plans are guided by the state’s Blueprint for a Safer Economy which was recently updated with an Addendum to Blueprint Activity & Business Tiers Chart. This addendum now allows fully-vaccinated persons from out of state to visit or attend activities or events that were previously restricted to in-state visitors. As vaccinations become more widespread and state guidance evolves, individual parks may update their own responsible reopening plans in accordance with state and local public health regulations.

It’s not the first time California’s theme parks have been on a different page from state officials.

For months last year, the theme park industry railed on Governor Gavin Newsom’s decision to keep their operations closed even as he loosened requirements for other industries. Newsom revealed that Disney Chairman Bob Iger quit the governor’s council of economic advisors due to a disagreement over theme parks. Executives from Disney, Six Flags and Universal went public with criticism of Newsom’s policies.

In October, Disneyland Resort president Ken Potrock said, “We have proven that we can responsibly reopen, with science-based health and safety protocols strictly enforced at our theme park properties around the world… Nevertheless, the State of California continues to ignore this fact, instead mandating arbitrary guidelines that it knows are unworkable and that hold us to a standard vastly different from other reopened businesses and state-operated facilities.”

Deadline has repeatedly reached out to the California Department of Public Health to find out which of the Addendum’s strictures apply to which business sectors, but have yet to receive clarification.