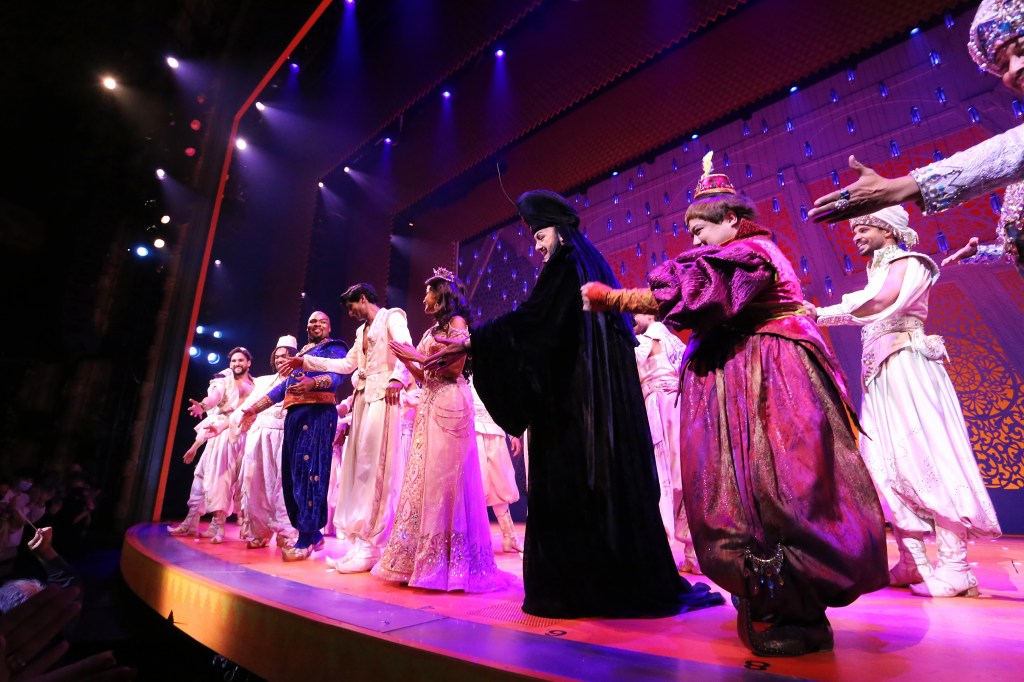 In a tweet posted shortly before 7 p.m. ET, the production stated, “Through our rigorous testing protocols, breakthrough COVID-19 cases have been detected with the company of Aladdin at The New Amsterdam Theatre. Because the wellness and safety of our guests, casts, and crew are our top priority, tonight’s performance, Wednesday, September 29th, is canceled.”

“We will continue to provide support to the affected Aladdin company members as they recover,” the tweet concludes.

Aladdin returned to the stage last night after an 18-month absence due to the Covid pandemic shutdown. Earlier today, the production sent out photo of the reopening, calling the event a “joyous evening,” and noted a two-minute, mid-show standing ovation following the popular musical number “Friend Like Me.”

Earlier today, cast members from Disney’s Broadway productions of Aladdin, Frozen and The Lion King appeared on ABC’s The View in an in-studio performance.

Tonight’s action marks the first and only confirmed cancelation for a reopened Broadway production since Springsteen on Broadway kicked off the industry’s return in June. Off Broadway’s Merry Wives, a Free Shakespeare in the Park production, canceled several performances due to positive Covid tests over the summer. (Earlier this week, Broadway’s Lackawanna Blues postponed its opening date to Oct. 7 due to a back injury of star Ruben Santiago-Hudson.)

Broadway requires all company members and audiences to be vaccinated against Covid, and audiences and off-stage employees must wear masks throughout the performance.

In addition to the cast, others present at last night’s reopening performance were Menken and Beguelin, director-choreographer Casey Nicholaw, and guest Kristin Chenoweth.