“Do These People Really Think They’re Getting Any Of This Money?” – Deadline 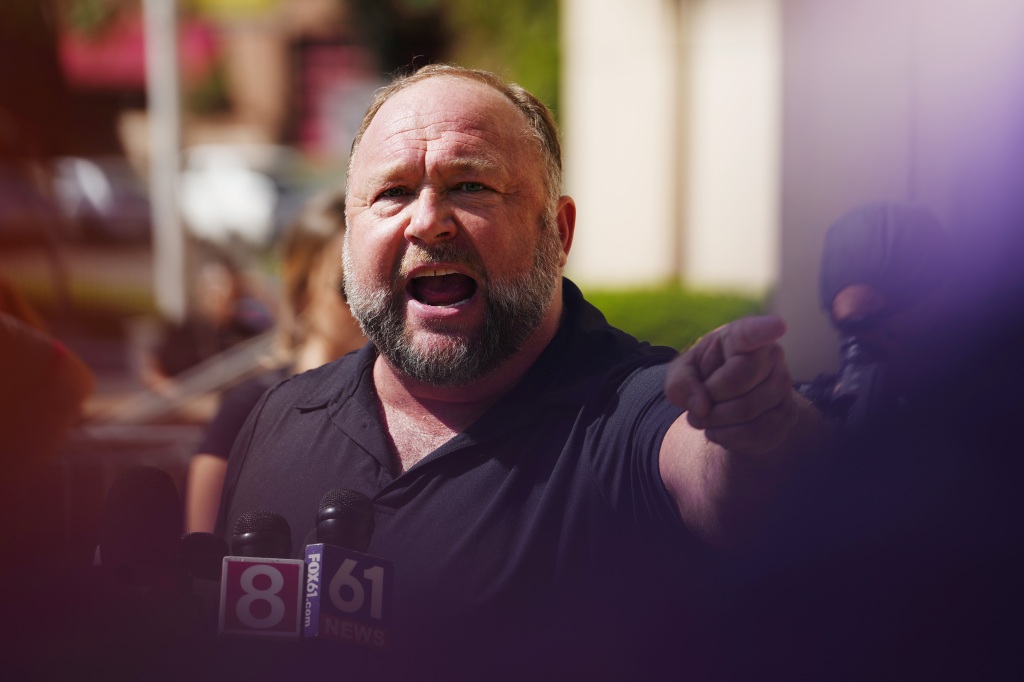 Alex Jones was not in a Connecticut courtroom today as a nearly $1 billion judgement was read against him in the defamation case brought by families of children murdered in the Sandy Hook School Shooting, whom he has repeatedly and erroneously accused of being so-called crisis actors. But Jones did find the time to do a simulcast mocking the judgement — and by extension the families — as it was read.

“Do these people actually think they’re getting any of this money?”

“Ain’t gonna be happening. Ain’t no money,” he later said, claiming he was in bankruptcy.

Appealing to his audience to send him donations Jones promised, “The money you donate does not go to these people [the victims]. It goes to fight this fraud and to stabilize the company [Infowars].”

He then urged them to go to his website’s store and buy merchandise promising “double Patriot Points” as on the courtroom feed an aggrieved victim’s father sat with a shattered look on his face.

“This must be what hell’s like,” Jones said bemoaning his financial situation. “They just read out the damages, even though you don’t got the money.”