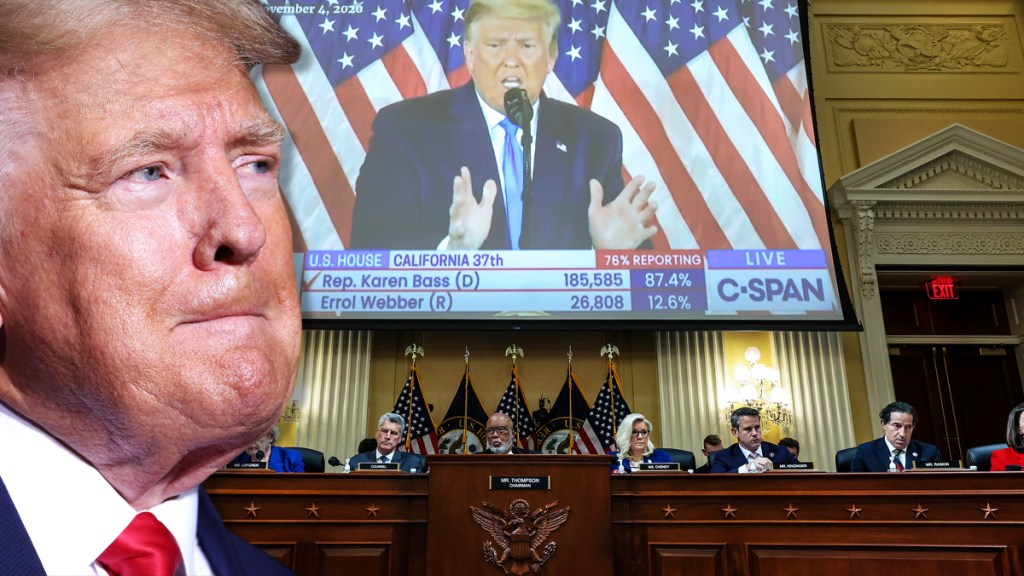 Surprising no one, Donald Trump today quickly lashed out at the January 6 Select Committee after a vote to subpoena the former president over his role in the insurrection and attack on the Capitol last year.

Taking to his Truth Social platform this afternoon, Trump let loose a barrage of would-be tweets:

With a number of Trump confidents like former White House chief of staff Mark Meadows blatantly ignoring subpoenas from the Democrats dominated Congressional panel, it is almost certain that today’s vote will not result in the one-time Reality TV host showing up and swearing an oath.

Trump was responding to today’s bombshell hearing of the House Select Committee to Investigate the January 6th Attack on the United States Capitol, after which it voted unanimously to subpoena the former president to testify. “This is a question about accountability to the American people,” said chair Rep. Bennie Thompson (D-Miss) just before the committee vote was held on live TV. “He must be accountable. He is required to answer for his actions. He’s required to answer to those police officers who put their lives and bodies on the line to defend our democracy. He’s required to answer to those millions of Americans whose votes he wanted to throw out as part of his scheme to remain in power.”

Still advocating that his 2020 victory was stolen, Trump has undermined the motivation and work of the Select Committee since it was first proposed last year. His attacks on the Select Committee has received wide-spread support from Republicans, from the party’s leadership to its increasingly hardcore grassroots. The hearing on Thursday centered on Trump’s state of mind in the weeks and months leading up to January 6th, as committee members presented evidence that he admitted he lost the 2020 presidential election yet continued in his efforts to overturn it.

Having started out in primetime earlier this summer, Thursday’s hearing looks to be the last one for the Select Committee before next month’s midterms elections. The results of the midterms will determine if the panel continues its work or if a GOP run House of Representatives shut the whole thing down and turn on Trump critics.