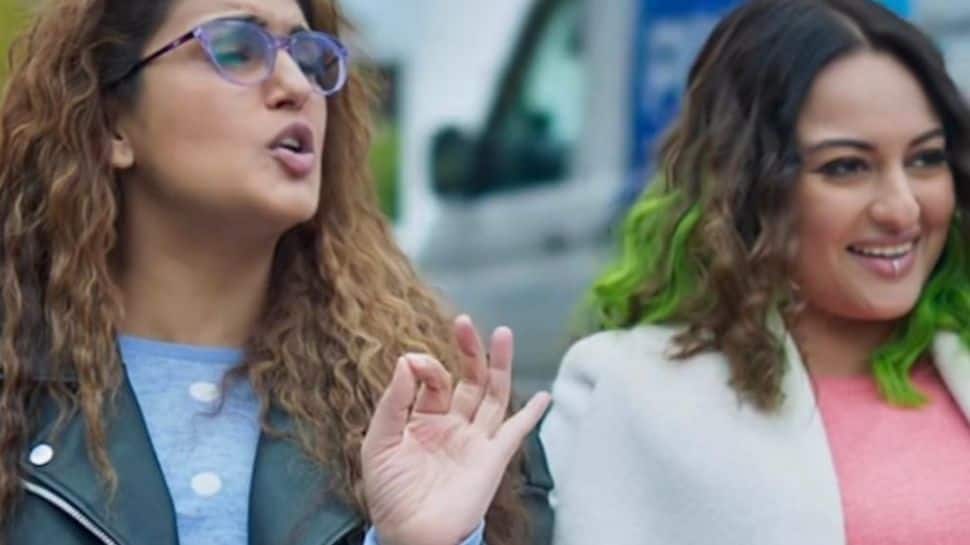 Mumbai: Sonakshi Sinha, Huma Qureshi announced the release date of their upcoming film `Double XL` on Thursday. Taking to Instagram, actors dropped the new teaser of `Double XL` and announced that the movie will be released on October 14 this year in theatre. Sonakshi wrote in the caption, “From fries to fun..all good things in life come in #DoubleXL sizes! A story of friendship and dreams filled with masti is coming to CINEMAS near you on 14th Oct 2022. #DoubleXL #baatmeinWAZANhai”.

In the video, we can see Sonakshi and Huma questioning the overweight stereotype in a humorous manner. Fans bombarded the comment section with heart emojis and showed their love. “All time My favourites super,” commented one user. “Haha that was litttt,” added another user.

The film talks about body positivity and women championing each other. Huma and Sonakshi both actors have themselves faced fat-shaming during their journey in the film industry. Now they both will be seen as the leading characters in Double XL. The film also features Zaheer Iqbal, Mahat Raghavendra, and others.

The upcoming social comedy is written by Mudassar Aziz and directed by Satramm Ramani. It is produced by T-Series, Wakaoo Films, and Elemen3 Entertainment. Meanwhile, The `Akira` actor will be soon marking her OTT debut with Amazon prime video`s upcoming series `Fallen` in which she plays the role of a cop for the first time in her career. The series will stream later this year.

Previous articleUS Fed Signals Aggressive Rate Hike. How Will It Affect Indian Economy?
Next articleInstagram down for thousands of users
LocalTak™Sabse Tez