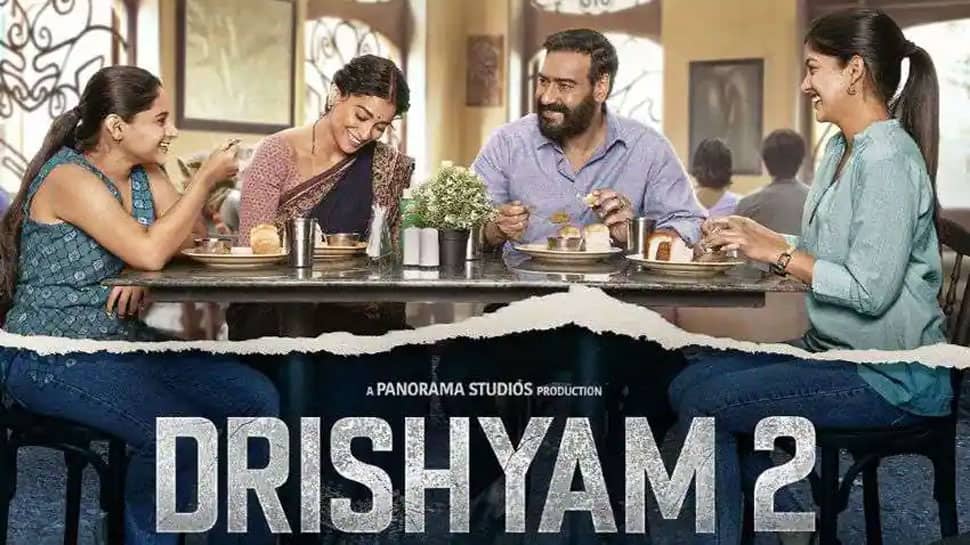 New Delhi: The much-talked about crime thriller Drishyam 2 is all set to release on November 18, 2022. Directed by Abhishek Pathak, the sequel to 2015 film by the same name features Ajay Devgn, Tabu, Shriya Saran and Akshaye Khanna in lead roles with Ishita Dutta, Mrunal Jadhav and Rajat Kapoor in supporting roles. It is a remake of the 2021 Malayalam film of the same name.

The film was certified U/A by the central board of film certification (CBFC) with an approved run-time of 2 hours 33 minutes. According to India TV report, Drishyam 2 is opening on 3300 screens and it can go up as well. Also, adding on to the buzz, the makers have offered a 50% discount on tickets on the day of release.

According to Pinkvilla.com, the crime thriller sequel has reportedly sold 39,000 tickets in the three national chains – PVR, Inox, and Cinepolis, making it among the highest advance booking ticket sale in post COVID-19 period.

Drishyam 2 trailer was appreciated widely by fans and critics. Expectations are sky-high from Ajay Devgn starrer.