Elderly Teacher Falls From Cycle, Cops Thrash Him For Being Slow 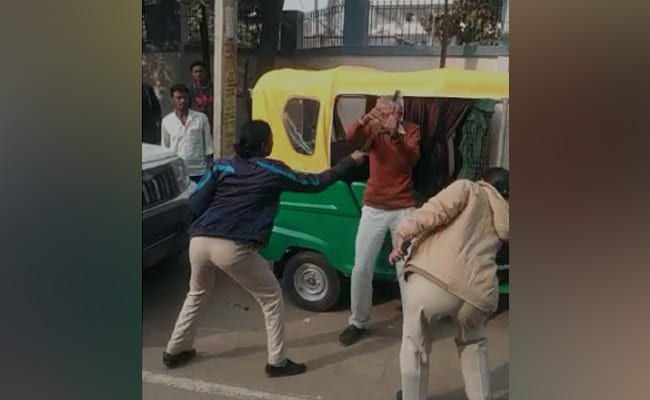 An elderly teacher was thrashed by two cops in Bihar

An elderly cyclist who skidded and fell on the road was hit several times with batons by two constables for not picking up the cycle quickly. A video of the assault in broad daylight in Bihar’s Kaimur district has been shared widely on social media.

Naval Kishore Pandey, who is over 70 years old, has been a teacher for 40 years, the police said. He was going home after teaching some children at a private school when his cycle skidded at a busy area in Bhabhua, some 200 km from state capital Patna. This led to a traffic jam behind him.

Soon, two constables came and asked him to remove the cycle amid the honking behind. Mr Pandey, however, struggled to lift the cycle.

A video of the incident shows the two constables hitting him, while he tries to shield himself. Several blows land on his hands. He pleads with them to let him leave, but the two women continue to hit him and shout at him.

Local reports say Mr Pandey rides a cycle through this area every day to teach children at the private school.

The Bihar Police tweeted they are taking action against the two constables.