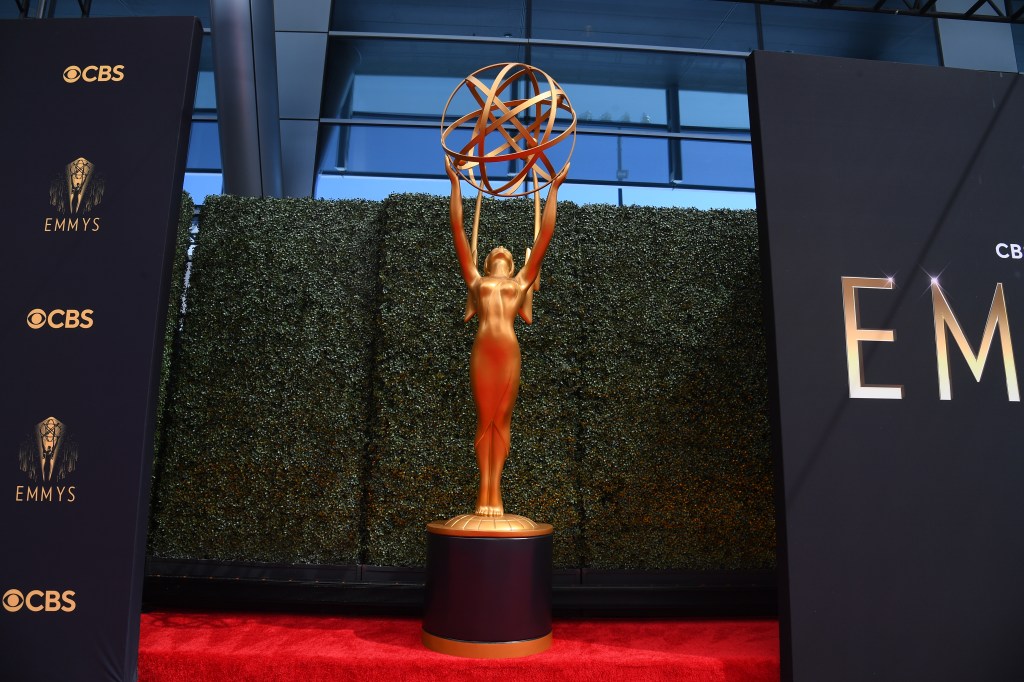 A column chronicling conversations and events on the awards circuit.

Emmy ballots are live now, this is first weekend of voting before they are due back on June 27, and I have managed to pick up a real sense of anxiety and tension out there from the many campaigners doing everything they can possibly do to grab the attention of the some 20,000+ voting members of the Television Academy. I feel their pain. How do you break throught in this thing if your show isn’t Ted Lasso or Succession?, past winners that benefit from being, well, past winners and that kind of instant recognition. Not that even Apple TV+’s breakthrough  Lasso or HBO’s current juggernaut Succession are resting on their laurels.

Every member of the Academy regularly gets the slickly produced Emmy Magazine monthly, and the edition that recently arrived  at a very crucial point in the season, had a multi-fold out advertising cover from Warner Bros with Lasso most prominently front and center so the first thing voters see is the mug of Jason Sudeikis. Take that off and there is the actual cover of the magazine (three Native American actors from AMC’s Dark Wind) that has a split down its middle right between the two M’s in EMMY that opens up to a lavish ad of, you guessed it, Succession. And then as you try to find the table of contents a 42 slickly produced booket spotlighting every single Netflix contender falls out.  I suppose there are actually some real articles about television in there but you really have to look for them between the tsunami of ads. That goes for every other outlet including Deadline  which benefits from this uber-competitive season where studios and networks and streamers try to break through and get the attention that might entice voters to take a look.  I feel your pain, campaigners. It ain’t easy.

The sheer numbers of submissions (reported a record this year) on the ballot would be overwhelming for anybody to get through. After spending the past few months analyzing the race, interviewing multitudes of contenders, making  predictions, I realized even I have not heard of at least a third of these submissions. Getting attention is still the name of the game, even for the likes of Ted Lasso, Succession and a handful of other “favorites”  that aren’t taking anything for granted, even though Emmy voters have proven consistently they tend to gravitate to past winners and shows that scream the loudest.

Maybe that is why Ru Paul’s Drag Race, past winner three years running in the Outstanding Competition Series race  and winner overall of 28 Emmys felt they had to take over Boccos in West Hollywood and throw a big FYC event with many of the reigning Queens performing last night, which just happened to be the first day of voting. Or maybe why a new show like Showtime’s acclaimed hopeful, Yellowjackets  thought they had to get clever over the weekend by luring voters to the Hollywood Cemetery to be buried in hype for that show. Of course these kinds of events are tailor made for receptions , eating, and mingling, and it seems like this year, the first since Covid turned everything virtual the past two Emmy seasons, everyone has gotten in on the act. We will see how it all pays off on July 12 when nominations are announced, hopes are dashed and dreams deferred until, well, next season.

SOMETHING TO TALK ABOUT

When ballots were finally in the hands of Emmy voters yesterday some hard truths about this year’s race were already revealed, particularly in the Outstanding Variety Talk Series category as my colleague Peter White pointed out, noting there were 19 submissions which according to Academy rules means there can be only four nominees in this very competitive category, rather than the usual five since that would require 20 or more submissions. This means it will likely be even easier for HBO’s Last Week Tonight With John Oliver to win again. After all that Sunday night weekly show regularly gets checked off almost automatically, having won for its first six seasons, against talk shows produced five times a week instead of one.  It is very lazy voting on the part of TV Academy members who too often just do the same thing year after year, and it really hurts the Emmy brand. What a shame  for the likes of Colbert, Corden, Fallon, Kimmel, Noah, Meyers, and others. It seems unfair and I don’t know why the Academy continues to put a weekly like Oliver into this mix, or why voters keep gravitating to it like lemmings. Sure it is very good but it belongs somewhere else.  The irony is the Talk category, in its various incarnations, has been dominated by less than a mere handful of shows in the past two decades beginning with Jon Stewart winning ten times for The Daily Show, and followed by Oliver and once for The Colbert Report , all with connections to Stewart. The sad thing is Stewart is back this year with a hybrid talk show for Apple TV+ but it is submitted for a different category, Hosted Non-Fiction Series or Special. The problem with The Problem With Jon Stewart is does it really belong instead in the Talk category? Had he gone in with this lot there would be five nominees! When I was interviewing Late Late Show With James Corden producer Ben Winston yesterday for this coming Monday’s edition of my Deadline video series Behind The Lens (don’t miss this one), he was understandably concerned at the news that the Talk category will have even fewer nominees this year, and he told me that the showrunners of all the late night shows actually did get together last year and approached the Academy about making changes in terms of shows produced on a daily basis vs weekly like Oliver’s. He said the Academy promised to look into it, but well, here we are and the problem is even worse. If they aren’t going to do anything, at the very least the Academy should bend the rule just a touch in order to allow at least a normal five to contend.

WHAT IS A MOVIE VS A TV MOVIE?

Another problematic category is the dwindling prestige and submissions for Outstanding Television Movie, at one time a top prestige category but now a recepticle of series stretched one way or another into a movie format, a bunch of junky titles you have never heard of (ie  Bingo Hell, Housewives Of The North Pole, The Voyeurs, Psych 3: This Is Gus etc etc and it just gets WORSE) , and the occasional worthy entry like HBO’s Survivor from Barry Levinson looking like the one to beat this year with a paucity of decent competition.  That movie was originally planned for theatrical until after its Toronto Film Festival premiere when it was instead picked up by HBO, thus now the rare worthy entry voters get to choose from. Another entry this year comes from Searchlight/Hulu which took a pretty smart horror thriller, Fresh, which debuted at Sundance and skipped theatrical altogether in favor of Hulu streaming. They made a strategic move this season and have been campaigning it in the TV Movie category which made me wonder why aren’t more streamers taking their “movies” and doing the same thing.

This week I have found myself reviewing four films as part of my Deadline duties as Chief Film Critic, good ones, all going the streaming route but likely not being qualified by their distributors in this category like Hulu/Searchlight has done with Fresh. Sundance hit Good Luck To You, Leo Grande with an awards worthy turn from Emma Thompson skipped theatrical seemingly  entirely in favor of a similar Hulu/Searchlight debut streaming release. Will it be at the Emmys next year to class up this category? It should be, or have they managed to qualify it for Oscars where Thompson could have a decent shot at a nomination? Paramount +’s  direct-to-streaming debut today, Jerry And Marge Go Large which had its Tribeca Festival premiere Wednesday and stars Bryan Cranston and Annette Bening would be another good bet for next year if Paramount goes that route.. I can’t find any footprint in theatres for it but it would do great at the Emmys if clearly labeled a Television Movie.

Warner Bros and HBO Max are skipping theatres for the new Latino -flavored Father Of The Bride with Andy Garcia and Gloria Estefan which started streaming yesterday. Not really Oscar material, but with its welcome diversity it would certainly be a better fit for TV Movie than most of the choices we are given this year. Will they bother?  Netflix is skipping their deal with Cinemark and other chains to take their streaming debut today of Spiderhead straight to the service minus a couple of bookings at the NY and LA theatre Netflix owns. With director Joseph Kosinski and star Miles Teller hot off the current Top Gun Maverick, not to mention co-star Chris Hemsworth, it seems high enough profile to make a splash in an Emmy race rather than Oscars where it would be drowned out, yet Netflix continually seems to not want to label the vast majority of their movies, some very good, as Emmy contenders, the perhaps is that they have done just fine with Dolly Parton Christmas movies and single episodes of their Black Mirror anthology series. Still they ought to rethink that. This category needs some help.  at the very least from some titles out this week alone that aren’t getting any favors from exhibition (where multiplexes are almost completely devoted to Top Gun, Jurassic World, Lightyear) but seem lost in definition come Emmy time.