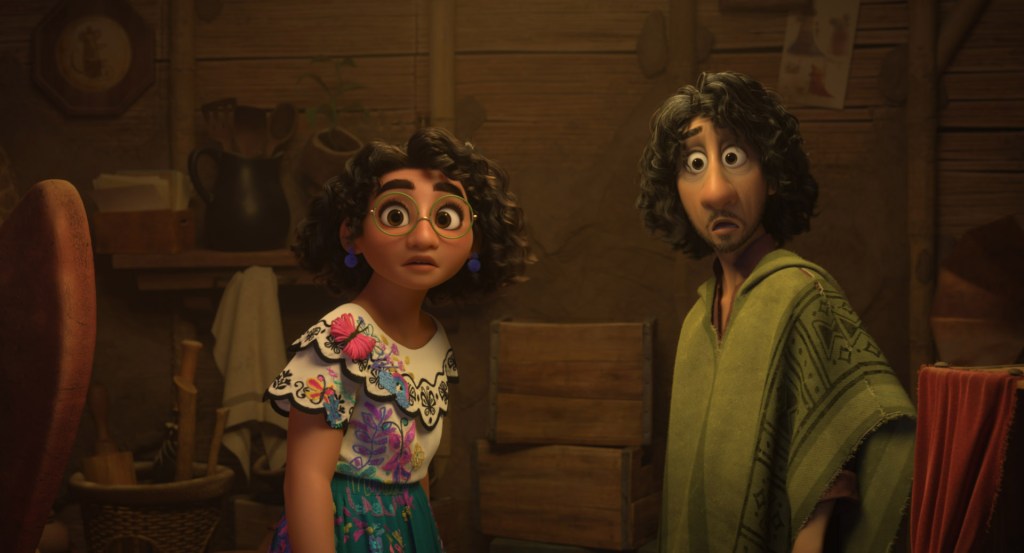 As I tipped in my story on the Best Original Song performers announced Tuesday for the 94th annual Academy Awards, another key movie song not mentioned in their release, “We Don’t Talk About Bruno” from Encanto, will be performed on the big show even though it wasn’t even submitted by Disney and songwriter Lin-Manuel Miranda for consideration in the category. Miranda is a nominee for another tune from the same film, “Dos Oruguitas.”

Since then, both in promo spots running on ABC and in an official press release today and confirmation from producer Will Packer at the just-concluded Oscars press conference, the word is getting out that this is intended to be a major highlight of the show, advertised as the first live performance of the song, which has topped music charts for weeks.

Encanto cast members Adassa, Stephanie Beatriz, Mauro Castillo, Carolina Gaitan, and Diane Guerrero, along with Becky G and Luis Fonsi will be performing “We Don’t Talk About Bruno.” Packer, at today’s presser, gave his reasons for giving the song a showcase on the Oscars.

Oscars: Best Original Song Nominees All In One Place &#8211

“If there is a song that unites people this year [it is this one], and that is kind of the epitome to me of what movies can do, because people of all stripes, ethnicities, ages, color, background, around the world [are singing it] ad nauseum, and we are going to help them out so they sing it a little bit more. Our apologies to the parents,” Packer laughed.

It is not the only Encanto song to be performed on the Oscars since the one that actually got nominated, “Dos Oruguitas,” will also be performed by Sebastian Yatra. The Disney film is also nominated for Best Original Score and Best Animated Feature.

The 94th Oscars will be held on Sunday at the Dolby Theatre and will be televised live on ABC at 8 p.m. EDT/5 p.m. PDT and in more than 200 territories worldwide. American Sign Language (ASL) provided by Certified Deaf Interpreters, and live closed captioning and audio description will be available during the live broadcast.