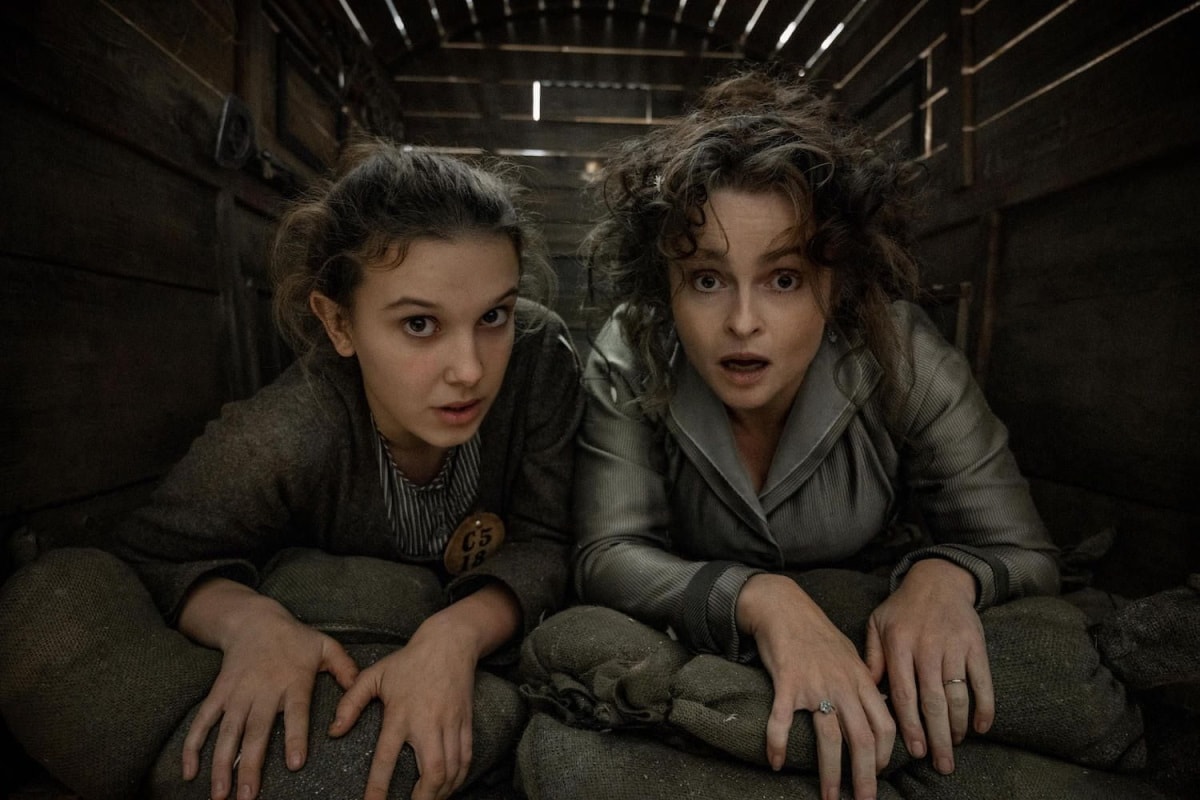 Enola Holmes 2 just got a new trailer. Following its initial showing at the Tudum event, last month, Netflix has dropped a second trailer for its Millie Bobby Brown-led mystery sequel, ahead of its premiere on November 4. Harry Bradbeer returns to direct this new Enola Holmes chapter, which sees the eponymous teen detective tackling her first official case, in an unlikely alliance with her elder brother Sherlock Holmes (Henry Cavill). Helena Bonham-Carter reprises her role as the matriarch Eudoria, while we’re introduced to new entrants David Thewlis and Sharon Duncan-Brewster.

The Enola Holmes 2 trailer begins on a chirpy note, as our lead Enola (Brown) gets exposed for eavesdropping on her brother, in hopes of gaining his wisdom. Coming to terms with her newfound freedom and launching her own detective agency, she takes up her first official case, to track down a missing matchstick girl. However, she soon comes to learn that life as a female detective-for-hire isn’t as easy — especially if you’re just a kid.

“Looks like she’d blow over in the wind,” Abbie Hern’s (Peaky Blinders) unnamed character says in amusement in the new Enola Holmes 2 trailer. Themes of extortion, blackmail, and corruption run rampant in the deafening glitz and glamour of 1800s England. “She discovered something that powerful people want to hide, and it’s deadly,” Enola recounts her penniless client’s (Serranna Su-Ling Bliss) story.

The trailer for Enola Holmes 2 then pairs up the siblings, as Sherlock (Cavill) reveals that their cases were connected all along. We are then treated to Enola’s prowess, which besides the obvious intelligence, includes mastery in combat arts. “Posh or not, one thing I am good at is fighting,” she threatens Hern, whilst holding a blade against her throat. Her knack for getting into fights seems to be a recurring theme in this sequel, with even Sherlock commenting: “I wonder who taught you to fight like that. Another thing our mother has to answer for.”

Carter’s Eudoria was trained in the art of jujutsu, by none other than Edith Garrud (Susan Wokoma), the historical British martial artist. Seeing how close the mother and daughter are, it would be safe to assume that Enola took some lessons, in her off-time. “I know what that’s like to feel alone, to be ignored. No one else cares for these girls,” she says in the new Enola Holmes 2 trailer, upon realising the downtrodden state of the local match factory. “But I think I’ve made things worse.”

Advised to seek allies, Enola Holmes teams up with Sherlock and her romantic interest Viscount Tewkesbury (Louise Partridge), the runaway heir to the late Marquess of Basilwether.

“Everyone here is playing a part,” Duncan-Brewster (Dune) says in the new Enola Holmes 2 trailer, who seems to be representing a royal family. Meanwhile, Thewlis (Harry Potter films) tries to ward her off the case, asking her to finish schoolwork. While not directly implied, his outfit seems to match a British police officer’s. Of course, he will be under returning character Inspector Lestrade’s (Adeel Akhtar) supervision.